Aggravated burglary rate in Dublin rises by over 25% 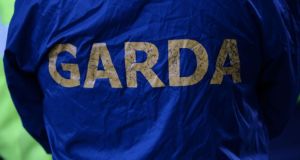 Aggravated burglary rates across Dublin rose by more than 25 per cent last year, with Garda data showing a particular surge in the crime in the north and central areas of the region.

The increase in aggravated burglaries, which involve violence or the threat of violence, came at a time when more people were spending more hours at home due to Covid-19 restrictions.

Garda figures show aggravated burglaries rose by 26 per cent in the Dublin metropolitan region as a whole, increasing from a total of 107 incidents in 2019 to 135 last year. However, in the central area of the capital there was a 100 per cent increase in such incidents, and in the north of the region the figure was up by almost 260 per cent, from just 17 incidents to 44 last year.

The number of driving while intoxicated offences increased by just under 20 per cent to 2,385 last year, she said, with a “big shift” from alcohol to drugs intoxication being detected.

“There was a significant increase in drugs-related intoxication. That is something that really came to light during the checkpoint activity for the pandemic policing response, we saw a big shift in terms of driving while intoxicated from alcohol across to the drugs.”

In relation to the Covid-19-related restrictions introduced since the start of this year, so far this month 126 fixed charge notices for breaching the 5km travel limit have been issued in Dublin, and 10 notices for failing to wear a face mask when required.

Files have been sent to the Director of Public Prosecutions in relation to 44 possible regulation breaches in the retail sector in relation to the sale of “non-essential” goods at a time when only essential retail can remain open.

Ms Cagney said that “the majority of licensed premises were in compliance” with the restrictions.

Public order teams, put in place in December when Covid-19 restrictions were eased ahead of Christmas, had been vital in dealing with the issue of “increased presence of persons drinking on streets”, she said.

There had been “significant numbers of protests” since restrictions were first introduced last March, she said, with 259 protests attended by gardaí last year. “Our approach is to balance the rights of individuals to protest with the rights of communities to enjoy a safe space, and the rights of the business community to be able to trade.”