Priced out of Rathgar? Consider Churchtown

Though its centre lacks a village buzz, this leafy neighbourhood has plenty of new homes coming on stream 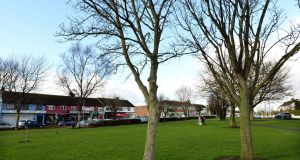 Churchtown used to be farmland: Rolling fields on the southern fringes of Co Dublin – much like nearby Ballinteer, which featured in this column in October 2017.

Now it is very much a suburb, with landscaped estates, mature greenery and a string of commercial centres, an established town in the south Dublin network, but with a reasonable price tag – compared with nearby areas such as Rathgar and Terenure – that allows an entry point to the market attracting well-off young families.

What’s the housing stock like?
You’ll find period homes from the rural days of the 1800s, through to the builds of the 1920s when the town proper began to spring up, through again to a bulk of housing built in the 1950s and ’60s, as well as the Celtic Tiger ’90s and noughties homes, built on a number of infill sites.

Bordering Rathgar, the pockets of the town around Lower Churchtown Road and Orwell Road, would be regarded as some of the most desirable Churchtown addresses. On the Rathfarnham side, Castleside Drive and Riverside Drive would also be sought after. Woodlawn Park is another of the addresses that tops the most-desirable lists.

Most of the housing stock – 80 per cent – is in houses rather than apartments. Thirty-one per cent of the population comprises of couples with children according to myhome.ie, followed by 28 per cent of couples without children. A number of the more recently listed properties are probate sales, bringing homes in need of renovation to the market.

Any new developments on the way?
A quartet of new schemes are underway in the Churchtown area, which will considerably bolster the stock on the market. FernBank is a scheme of one-, two- and three-bedroom homes being built on the playing fields of Notre Dame School on the Churchtown Road. The development will have 262 units in all with the first tranche launching in April/May.

DNG will be selling Camberley Mews, which is under construction in the heart of Churchtown village, and will consist of nine units – seven four-bed homes and two two-bed apartments. DNG will also have CastlePark on the Whitehall Road, an infill site of six four-bed, semidetached homes, with a number still on the market.

Sherry FitzGerald is marketing Hazelbrook Square, a scheme on the old HB dairy site of ice cream fame where two- and three-bed, terraced and semidetached homes are currently being built.

Village life
Beside the Camberley Mews builds is the heart of Churchtown, and if there is a negative to the neighbourhood, it’s that the centre is limited. For those used to the old-Ireland style crossroad-type villages of Rathgar and Terenure, this can be a failing. But it’s a small gripe, because what is there is good.

Howards Way cafe – which also has a branch in Rathgar – is well known for serving good fare from breakfast through lunch and dinner. The near-ubiquitous Insomnia is next door, with ample parking to the front. Adjacent is a well-stocked SuperValu, which is a meeting place for locals as well as a grocery store, with Joe Beirne, director of Beirne and Wise Estate Agents, describing SuperValu as “a mecca” for residents, and that during property valuations many locals say “they don’t want to move too far” from the store, such is its prominence in village life.

On the fringes of the Churchtown are a number of bigger commercial centres: Dundrum Town Centre, Nutgrove Shopping Centre and Rathfarnham Shopping Centre – meaning a short hop brings you to many other retail outlets.

The Glenside Pub, notable for its thatched roof, is the best-known public house in the area, but the newly refurbished Bottle Tower – named after the area’s folly and built in reaction to the 1741 famine – is an attempt to hipsterify and attract a different crowd.

The Union Café is coming to the area, also at the Camberley Mews site, with a projected opening date in the summer.

The Churchtown Stores hardware store – one-time nominee for The Irish Times Best Shop awards – has shut its doors after 30 years in operation, with brothers Kieran, Fehan and Barry Flood retiring. The premises have been sold and will be “converted into a wine bar, which will open this summer”, according to Miriam Finn, Sherry FitzGerald Dundrum branch manager.

A school of note
De La Salle Churchtown is a highly-rated school, famous for breaking the stranglehold of the traditional rugby powerhouses by winning the Leinster Schools Senior Cup in 1983 and 1985, and producing Ireland internationals Brian Glennon, Des Fitzgerald, Tom Clancy and Niyi Adeolokun. The school has a number of other well-known alumni in the form of actor Tom Vaughan-Lawlor of Love/Hate fame, film director John Carney of Once fame, as well as Gaelic football and Australian Rules legend Jim Stynes and Ireland soccer international Damien Duff.

Transport links
This corner of south-east Dublin is one of the best connected in the city. It’s close to the M50, the Luas green line runs into Dundrum and there are a number of Dublin Bus routes connecting into the city centre. That trio of transport options make it an ideal base for those working either in the city centre or along the city’s ring road, while at the same time offering a quiet suburban home, the likes of which more commonly found in a more rural location.

It’s that balance between amenities and location that make it such a draw, for families especially, with first-time-buyer couples or young families drawn to the security of Churchtown, and the 25-30m long gardens many of the homes offer.

Enjoy some Halloween fun with this bewitching cake
10