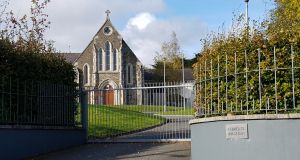 The Carmelite order is leaving its convent in Delgany, Co Wicklow, after 175 years

With more than 2,000 new homes planned for Greystones and its environs in the coming years, it looks as though the Carmelite order of nuns has decided to take full advantage of the Co Wicklow town’s popularity with first-time buyers, trader-uppers and downsizers alike.

Having lived their lives of prayer in silence, solitude and community in nearby Delgany for the past 175 years, the sisters appear to have responded to the combination of market forces and their order’s own financial needs with the recent off-market sale of their convent in the village for about €15 million.

Although the order first signalled its intention to close its Delgany monastery in July of last year and relocate the nuns still resident there to the Carmelite community in Kilmacud, in south Co Dublin, the sale of the property to Cedar Building Company, owned by the well-known Wicklow developer Eddie Holly, is understood to have been completed only recently.

The conclusion of the deal, by the Bannon agency, is expected to clear the way for the delivery of up to 200 houses on the lands surrounding the listed convent building and within an adjoining field.

While Cedar Building’s proposals for the site will be subject to planning permission and take time to come to fruition, prospective housebuyers already have plenty of new developments to choose from in Delgany and Greystones.

Both Cairn and Glenveagh Properties are in the advanced stages of delivering the latest phases of their respective new-homes schemes at Glenheron and Marina Village, in Greystones, while the local Woods Group will bring the first phase of 74 three- and four-bed houses at its new Churchlands scheme in Delgany to the market in spring 2020.