Retirement: a life without challenges is as boring as a novel without conflict 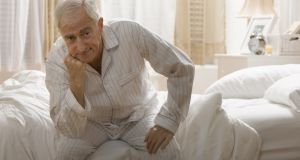 We have a psychological need for power, fun, freedom and belonging. When we miss out on any of these for too long we begin to wilt.

For years he had looked forward to “getting out of this effing place for good”. While many people fear retirement, he was impatient for its arrival. He told me he liked listening to traffic reports and imagining himself lying in bed in the morning hearing about the poor mugs stuck in traffic on their way to work – this was years before TV commercials came along based on the same idea.

I met him six months into retirement. He was having a great time, he declared, and happy to be away from “that shower” – the people he used to work with.

I wasn’t convinced. After 20 minutes of listening to his suspiciously fond reminiscences of “that shower” I suspected he was missing the hated job more than he let on.

To break the tiresome flow of reminisces, I asked if he ever felt bored. Gradually the truth came out – he was restless and fed up and he didn’t really know why.

Looking back across the years to this conversation, I reckon he had fallen victim to the human curse of needing challenges, even unpleasant ones. Myself, I don’t like challenges but on the infrequent occasions when I am challenge-free for a day or two I start feeling restless and useless and looking about for something to do. If you told me, on behalf of the world, that I would never have to face another challenge I would say ‘thanks very much, I’ll take that’, but I also know I would be lost.

My challenges by the way, are nothing to write home about. They’re the usual small change of making a living, paying the bills and handling what Buddhists call “the ten thousand things” we all have to deal with in our world.

According to Dr William Glasser’s Choice Theory we have a psychological need for power, fun, freedom and belonging. When we miss out on any of these for too long we begin to wilt. Overcoming challenges – or even just fighting to overcome them – feeds the need for power.

Our hunger for challenge is fed by sports (if Conor McGregor didn’t face big challenges in what he does, people would not fly half way around the world to see him), the movies, fiction.

When we leave the cinema, or a game, to find the car’s been clamped and we haven’t got the taxi fare and the credit card is maxed out, that’s a challenge too – it just happens to be one we don’t like.

This is something I have to remind myself of when I catch myself grumbling about the day’s unwelcome demands.

I remember George Green, who lectures on fiction writing at Lancaster University, and who writes historical novels, telling a class that an author should spend an entire novel throwing rocks at his main character and should pause only long enough to find a bigger rock. Lots of us feel from time to time as though we are in that novel. But a life with no challenge would be as boring as a novel with no conflict.

Maybe this explains why people grounded by long-term illnesses can sometimes get very irritable – like everyone else, they need somebody to bounce off.

All of this suggests that people who are facing retirement need to look carefully into where they will find sufficient challenge in their life. The nice old guy who sits in the garden being wise and doing damn-all else could get very bored indeed – he’s got the same power need as everybody else.

As for the man I mentioned earlier, who wasn’t really enjoying a life away from the “shower” he had worked with, I didn’t actually have any words of wisdom to give him about finding challenges in his life. He was a man who had always had a high regard for his own opinion to the exclusion of everyone else’s, so it would have been pointless.

But if I had been dishing out advice I’d have told him that finding a challenge for himself before he died of boredom was his first challenge.

When Dorothy Hanley died suddenly last week, her daughter was in isolation awaiting a Covid-19 test

Michael Harding: The faster I read, the more gin I downed
Real news has value SUBSCRIBE