Life teaches us failure is the twin sister of success 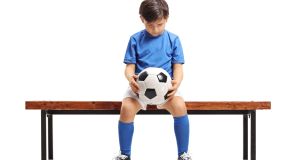 A parent who refused to contemplate failure on the part of a child may condemn that child to a lifetime of not feeling good enough.

A man involved in promoting positive thinking told me once that, “you must never contemplate the possibility of failure”. I was impressed as it sounded like a recipe for the sort of success he, according to himself, enjoyed.

This happened during a week at Sussex University and I remember wandering along a path on a hill above the university reminding myself that I must never contemplate the possibility of failure.

It was all codswallop of course.

I knew nothing of his life offstage.

And I didn’t know at the time that we are designed to give more attention to the negative than to the positive – it’s an evolved survival mechanism.

Since then I’ve noticed that people who say they never contemplate failure are invariably speaking following a success and not before it. I heard one man make that delusional declaration after a horse he had backed with a lot of money had won a race. The fact the bookie industry still exists would suggest that, contemplate it or not, he has experienced failure often enough to keep the bookies in business.

But what I especially didn’t understand when I was so impressed by that statement is that failure, or at least the risk of it, is like a gift we give to the world.

Everybody in a relationship fails from time to time. There are no perfect partners. If you can’t contemplate failure you have to stay out of relationships. A proportion of those who go to the altar rails (or the civil equivalent) will see their marriages ending and most, I expect, are aware that this can happen – so accepting the possibility of failure is a gift they give each other, even if it’s not the sort of gift that comes wrapped in a ribbon.

Similarly, all parents fail from time to time because each child is a separate person and not a clone of either parent, because all involved are only human and because relationships are very tricky indeed.

The positive thinking guy I mentioned at the start was, I believe now, lying

So being willing to contemplate and accept at least some failure with its accompanying pain is a gift the parent brings into the relationship.

A parent who refused to contemplate failure on the part of a child – and there are such parents – may condemn that child to a lifetime of not feeling good enough no matter what success comes his or her way.

We learn through failing again and again and if failure is unacceptable then the risk is very high that the child will internalise a sense of inferiority or of shame. This doesn’t mean that every failure must be praised as a great success but that we simply accept that failing is part of the deal and doesn’t invalidate our self-worth.

We are in the high season for Gaelic games and we’ve just come through the World Cup. Every player has to accept the risk of failure or else it becomes impossible to step onto the field. Think of the risk of failure faced by penalty takers. Confidence appears to improve the chances of success but nonetheless they have to have an overall willingness to risk failure.

I’m not talking about the kind of failure that arises from pure laziness, carelessness or dishonesty. That kind of failure has nothing to offer anybody. I’m talking about the failure risk that accompanies authentic effort. And you don’t feel comfortable when you run that kind of authentic risk. It can be unpleasant and it can be off-putting. Yet unless you can accept it, you can’t move forward.

The positive thinking guy I mentioned at the start was, I believe now, lying. If he was not lying, he was so deluded that he might as well have been lying.

I don’t know what happened to him. But in the time since I met him I expect life has taught him as it has taught me that failure is the twin sister of success.

And if you take them to the ball you’ll never be quite sure which one you’re dancing with.

Crack on: Where to order an Irish artisanal Easter egg in time for Sunday
9