Why does Ireland not have a National Museum of Science? 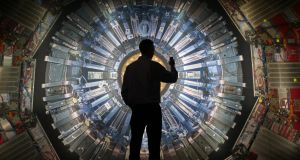 The opening of The Museum of Literature Ireland (MoLI) last night shows what can be done when vision, determination, resources and good old-fashioned grit combine. University College Dublin, the National Library of Ireland and some very generous supporters got together, and now Dublin, as a Unesco City of Literature, has a place that is both educational and inspirational for book-loving visitors and locals alike.

Museums house and preserve artefacts, but they also create and narrate stories, amplifying their collections in the process. A well conceived museum becomes a self-fulfilling prophecy of its own importance. So why does Ireland not yet have a world class science museum? We are justly famed for our writers, but ask for a list of world-changing Irish scientists and engineers and you may get blanker expressions.

In fact, Irish scientists have been at the forefront of huge imaginative leaps and developments over the years. There’s Ernest Walton, who split the atom. You may have heard of him if you had lectures in Trinity College’s Walton Theatre – or happen to be a nuclear physicist. But what about Arthur Leared who invented the stethoscope, and William Stokes who pioneered its use? Or Francis Rynd who came up with the hypodermic syringe and the world’s first subcutaneous injection; or Robert Mallet, who got over not living in an earthquake zone by conducting his pioneering studies into seismology on Killiney beach?

It’s an interesting paradox: the sciences are promoted in schools as part of STEM, while artists agitate to make that into STEAM; and yet Ireland is awash with art galleries and museums (however poorly funded).  The Science Gallery Dublin does host a changing programme of exhibitions, featuring thought-provoking collaborations and explorations. Its projects, where the work of artists inflects and impacts on scientific experiments, are frequently brilliant. But it is not a collecting organisation, rather one of ephemeral moments. Meanwhile, the plan to establish a National Children’s Science Centre on UCD’s old Earlsfort Terrace site appears to have stalled.

A focus for pride

No one would suggest that children and their education are not vital, but I’m not quite sure why the project has been pitched as age-specific. The Natural History Museum is a magnet for young and old, and their exhibitions are designed to cater for both, as well as being a key research resource. And that’s what science needs too. A National Science Museum would put this country’s contribution to global developments in context, be a shared space and focus for pride, and also a site for ethical and imaginative conversations to begin.

The more you delve into the brilliance of Ireland’s contribution to the medical, physical and mechanical world, the more extraordinary achievements you unearth. George Boole invented symbolic algebra. He did that back in the 1800s, although today it underwrites how computers function. Jump forward to now, and 17-year-old Adam Kelly has just been named European Young Scientist for a project that simulates quantum circuits for super computers. He even has had an asteroid named after him.

Staying with the stars, visitors to Birr Castle in Co Offaly can see “The Leviathan”, built by William Parsons, the 3rd Earl of Rosse, together with his wife, Mary – who, as an accomplished blacksmith, made most of the metal for its construction. For more than half a century it was the world’s largest telescope, and was the instrument through which we learned of spiral galaxies and the Crab Nebula.

The original great mirror of the Birr Telescope is not, however, in Birr. It is not even in any of this country’s major museums. The largest white bronze cast metal mirror ever made at the time was gifted to the Science Museum in London in 1914. The lack of a dedicated science museum means that Ireland is missing out on such objects, and on donations of other key papers, instruments and artefacts relating to our great and pioneering people. Some go to Universities, but without a focussed centre for archiving and display, we are all the poorer.

Sometimes the value of  the contributions is a little ambiguous: William R Clanny invented the miner’s safety lamp, which is clearly good; but Samuel Haughton from Co Carlow was responsible for the original equations for humane execution by hanging. Prior to Haughton, you slowly strangled to death.

To continue the list at random, Samuel O’Reilly devised the tattoo machine; John P Holland came up with the world’s first successful submarine, the “Fenian Ram”; and John Boyd Dunlop invented the pneumatic tyre. And, lest this list appear to show that it was a man’s game, Kay McNulty solved the functionality problems of the world’s first general-purpose digital computer, Jocelyn Bell Burnell discovered pulsars, and Phyllis Clinch invented blight-free potatoes.

A good museum is also an inspiration. Part of MoLI’s agenda is to create the space for future writers to find the encouraging spark to begin. As the developments in science, engineering and technology show, the future will be shaped by the imaginations, skills and dreams of generations, who will come from different backgrounds: from arts to agriculture, science to something completely unexpected.

A Science Museum can cross disciplines, make and catalyse connections, thus creating a space for new scientific-magic to happen. The present status quo seems a poor investment in all this potential.

Can an online video or image capture an artwork in all its real-world glory?
9