Review: The familiarity of it does little to dull the appeal

The official trailer for Downton Abbey, the film spin-off that comes four years after the hit television show came to an end. Video: Focus Features 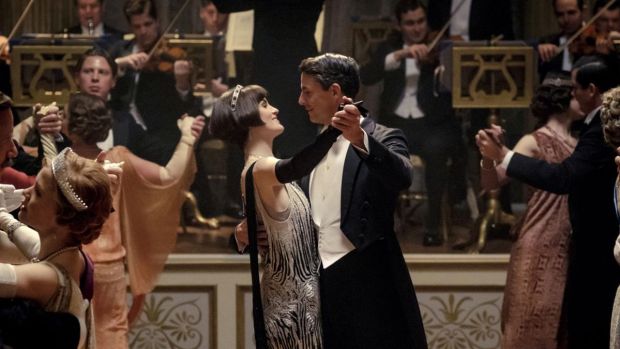 Allow me a moment of TV archaeology. Close to 50 years ago, Upstairs Downstairs, the unmistakable forerunner to Downton Abbey, almost shook apart over plans for a film spin-off. At least one prominent cast member left the show and relations between management and cast remained frosty for years. The film never happened.

Four years after Downton came to a close, the cast has returned for a movie that – no coincidence, surely – retools the plot of Upstairs Downstairs’ most famous episode. The Bellamy family were visited by Edward VII. Now George V and Queen Mary drop in on the Crawley family and their indulgent servants.

The ensuing chaos triggers a clatter of interweaving subplots that allow most surviving characters a neat story arc. Tom Branson (Allen Leech), Irish republican who married into the clan, is beginning to look like a bit of a narc. Mr Bates (Brendan Coyle) is dragged out of retirement to supervise the royal visit. Violet (Maggie Smith), the dowager countess, is unnerved by the imminent arrival of a cousin (new signing Imelda Staunton) with whom she has had a falling out. And so forth.

The movie will, however, deliver a satisfactory top-up jab for fans who have been Jonesing for a hit of D since 2015. The production values on the series were already so high that the shift to big-screen opulence involves no awkward jolts (recall how wrong the adaptations of 1970s sitcoms felt). The genuine charm of the cast will continue to disarm those who can’t entirely erase thoughts of guillotines and tumbrils from their brains.

And then there is Maggie Smith. An unkind observer might argue that she is here to demonstrate she really can deliver these upper-class zingers in her sleep. But the familiarity does little to dull the appeal. “Will you have enough clichés to get you through the visit?” Violet asks. She renders even the critics redundant.

Michael Stipe: ‘Cold-ass b**ch was a coat I put on to protect myself. I can take it off now’