Mining the horrors of children at work in the Victorian era 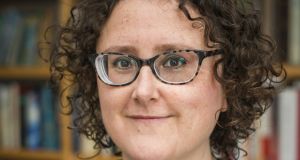 Liz Hyder: The report presented to parliament contains numerous first-hand accounts from these children speaking directly to us from the dark and it will break your heart – it certainly broke mine

Often, when we think of the Victorian era, we tend to think of the fun things, top hats, steam trains, grand engineering projects, photography and so on. Yet I think we sometimes overlook the darker side to all this, the exploitation lurking in the shadows of the Industrial Revolution.

From the cotton mills to the depths of the mines, thousands upon thousands of people – men, women and children – worked long days, weeks, months on end in demanding, dangerous and filthy conditions to fuel the ever growing appetite for steel, clothing and industry. Like many of us, I remember this being touched upon when I was at school: children working as chimney sweepers, children darting between noisy, dangerous looms in the cotton mills, youngsters working down the mines.

I had forgotten all that when I ventured down a slate mine in north Wales a few years ago. My planned hike postponed owing to bad weather, I thought it would be fun to venture underground where the rain wouldn’t call off play. I was handed a hard hat and a torch and told to mind my head as I ventured into the dark. There’s no audio guide, no impressive light display, instead you’re free to explore the atmospheric depths as you see fit.

So I wandered and I learnt and I came across things that genuinely shocked me – I found out that boys aged just 12 had their right nostril slit on their first day at work to prove they were “man enough” to work there. I found a stretcher shaped just like a coffin minus its lid. I found a strange stone figure, a huge shape in the rock that the workers doffed their cap to as they entered and left every day. It felt alien, this world– exploitative, harsh and with a slight whiff of a cult to it. I left with a glimmer of a story, the story that would become my debut novel Bearmouth, germinating in my brain.

I’m not an historian and nor would I ever pretend to be, but the more I found out about mining in the early years of Victoria’s reign, the more horrified I was. Children as young as four working 12-hour days, six days a week. Too tired to even play a game on their single day off each week. Children bruised, broken, maimed, battered and made bald by their work. Children crushed and killed in cave-ins, explosions and more. Children with no prospect of ever escaping the poverty trap.

In 1842, a three-year investigation into working conditions culminated in a change in the law, the Mines and Collieries Act, banning all women and girls from the mines and bringing in a minimum age of 10 for boys. The report presented to parliament contains numerous first-hand accounts from these children speaking directly to us from the dark and it will break your heart – it certainly broke mine.

These personal accounts include other insights too. I discovered that mines are stuffed full of terminology and slang, much of which is, inevitably, no longer in use. A pick might be a mandril in another mine, the role of a hurrier (the person employed to move the coal from one place to another) might also be called a drawer or a thruster. In the language of the deep dark caverns, echoes of different dialects linger on.

In Bearmouth, Newt, the main character in my fictional Victorianesque mine, is learning to read and write. Newt’s distinctive dialect is a mish-mash, made up of different words, phrases and sayings from the likes of Shropshire, London, the Lake District, Wales and more, alongside elements dug out from my own imagination. The unfamiliarity of Newt’s words, of the dialect in Bearmouth, helps root us in the strange underground world in which the book is set.

Early readers who are unaware of my own East London roots and accent, have interpreted Newt’s voice as being from a myriad of different places Some have thought Newt’s voice to be Bristolian, others Cornish or Yorkshire. In truth, it was just how Newt spoke in my head, this resilient little figure that is stubborn, inquisitive and kind despite being so very young.

I believe accents and dialect are incredibly important, not just to our sense of self but also to our national and regional identities. I love that, depending on where you are in the UK, a simple bread roll can be called anything from a barm, barn, bap or batch to a cob. I love that the word pither means being worried (if you’re in Shropshire) whilst mither (in the North of England) means being irritated or irked.

Like all writers, I love playing with language. I think we should celebrate our accents and dialects more too – as a nation of mongrels, we have always absorbed words and ideas from elsewhere and what better way to appreciate them then by sharing them, playing with them and relishing their existence?

I have two hopes for Bearmouth. The first is for it to shed a light on an oft-forgotten part of our history, illuminating the voices of the voiceless in the deep dark world of the mines. I hope that readers are encouraged to find out more and, like me, will be horrified to know there are children now, right now, working in mines in South America and in the Congo. These children may not be visible to us across great swathes of land and sea but they are there, working long hours, being exploited, unable to go to school to fuel the technological revolution of today, not unlike yesteryear’s industrial equivalent.

My second hope is that it encourages readers to play with language too. To experiment. To discover their own inner voices. To not be afraid of using dialect to tell a story or a poem and, like so many writers who have gone before, to make up new words and new phrases. To create something that was not there before for. In the end, is that not the point of all art?
Bearmouth by Liz Hyder is published by Pushkin and out now