Why did Irish Water splash out €800k on a TV documentary?

With its eye-watering budget, The Story of Water takes ‘native content’ to a new level 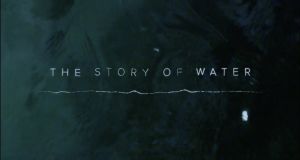 One Sunday evening in early December, Virgin Media Two aired a 45-minute documentary on the subject of water in Ireland. The Story of Water, as it was called, was fairly unexceptional stuff, couched in the banal current idiom of talking heads interspersed with endless drone shots, faux-classical music and breathy voiceover.

To be fair, it was a competent enough overview of the challenges the country faces in getting its water and sewage infrastructure fit for purpose in the 21st century – although it avoided mention of the popular revolt against water charges a few years ago.

That’s not surprising. This week Jack Horgan-Jones reported in The Irish Times that Irish Water had paid more than €800,000 (including VAT) for The Story of Water, described as a “feature-length documentary commissioned as part of a public information campaign on how Ireland uses water”. The film was produced for the utility by “creative agency” Rothco Accenture.

€800,000 is a lot of money by most people’s standards, but we all know filmmaking is expensive, right? Not that expensive. At the very top end of its range, RTÉ will budget about €130,000 for an hour-long documentary (in reality 52 minutes).

Actual feature-length Irish documentaries of 90 minutes or so, when made for theatrical release and international distribution, might sometimes cost up to €400,000. Absolute top-of-the-range international feature documentaries by renowned directors would be the only ones at the budgetary scale achieved by The Story of Water – but these are made in the expectation of millions of viewers and sales across the world.

Virgin Media Two is Ireland’s fourth most popular domestic TV station, with a national audience share of just over 3 per cent. It would be a surprise if The Story of Water’s viewing numbers at 7pm on a Sunday evening rose above the low tens of thousands. That’s around 40 quid per viewer. It would be cheaper to bring every one of them out for a Michelin-starred lunch to explain the issues.

Welcome to the strange world of “native content”. At first glance, it’s nothing new. Sponsored programming goes back to the earliest days of broadcasting. Newspapers have always run advertorials which blur (sometimes unacceptably) the lines between advertising and journalism. For decades, large companies and government agencies have commissioned corporate or “public information” films to promote their aims.

But the spectacular collapse of the traditional advertising business, and its displacement by search engines, social media and the surveillance economy, have led to a flowering of a new kind of hybrid media. Companies now produce their own podcasts, make videos which they run on their own YouTube channels, and write their own articles for their own websites. Some farm these activities out to agencies such as Rothco Accenture, others keep them in-house or get media platforms to take on the production duties. Native content forms a significant part of the business model for the digital operations of newspapers from the New York Times to The Irish Times. And it’s the (somewhat shaky) financial bedrock of digital start-ups from Buzzfeed to Joe.ie.

But what is the “content” in native content? Is it clear to viewers that what they’re watching is essentially an ad? Does anyone want to see, hear or read it? And do the people making it have any idea what they’re doing?

According to Irish Water, the documentary “highlights the important behavioural change required to protect our water resources into the future and ensure the public awareness of the items they put in toilets”. It certainly includes eye-opening footage of the problems caused by raw sewage in west Clare and an interesting crash course in the history of Dublin’s water supply. It also proposes a solution to Dublin’s problems (taking water from the Shannon) which is politically contentious, although you wouldn’t have gathered that here.

For its part, Virgin Media would appear to have abided by all the requirements of the commercial communications code of the Broadcasting Authority of Ireland in clearly flagging the provenance of The Story of Water. If the trend continues, though, it might be worth asking whether it’s a good idea to fill up broadcasting space with advertorial content.

But the most immediate question is why Irish Water, so vehemently criticised in the recent past for its expenditure on consultants and marketing, thought it a good idea to get into the film production business. It’s one thing to invest in an advertising campaign to raise awareness of water quality and supply, in the knowledge that your ads will be seen in whatever slots you buy. It’s quite another to make what’s probably the most expensive documentary of the year (although, to be fair, it doesn’t look it) for a tiny audience. That seems like a whole new way to waste money.