Radio Review: Guests on RTÉ and Newstalk’s Pat Kenny Show have no truck with anti-vaxxers 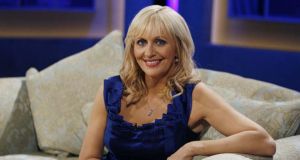 Miriam O’Callaghan’s recent radio slot was a chance for common sense to prevail on vaccines.

As the summer draws to a close, so listeners once more begin to hear the time-honoured radio traditions that herald the changing of the seasons.

There is, most obviously, the “back to school” news item, such as Natasha Murtagh’s report on Morning Ireland (RTÉ Radio 1, weekdays) looking at the cost to parents of “free” primary and secondary education.

Meanwhile, like the first cuckoo of spring, there’s the first plug of autumn for the Late Late Show on the Ryan Tubridy Show (RTÉ Radio 1, weekdays). On Monday, the chat show host masterfully segues from a celebrity gossip item about Love Island star Maura Higgins to remarking that she will be a guest on the new series of the Late Late. It’s a ritual destined to be repeated by Tubridy many times over the coming months.

But alongside such reassuring customs, the airwaves also carry a newer, more ominous sign that the summer holidays are over. Monday’s edition of the Pat Kenny Show (Newstalk, weekdays) has the first of several items on the risks to newly returned pupils posed by parents who choose not to have their children vaccinated.

Our grandparents would remember a time when measles was killing children. We’ve become a little bit complacent

In this instance, mumps is the disease on the upturn. Kevin Kelleher of the HSE tells Kenny that falling vaccination rates are responsible for 1600 cases of the illness, a threefold increase on last year.

Kelleher traces the origin of the problem to “the Andrew Wakefield debacle”, alluding to the British doctor whose fraudulent study falsely linked autism to the MMR vaccine for measles, mumps and rubella, prompting a decrease in children getting the jab.

It’s a sober discussion. Though Kenny sounds perturbed by the news that mumps can cause infertility in men, he avoids undue scaremongering, perhaps because the bare facts do that.

Kelleher notes that without the MMR shot, “we would be talking of tens of thousands of cases” and notes that measles is the really contagious disease, with one person able to infect 10 to 15 others in a single space. It makes his estimate that 6000 children aren’t vaccinated each year particularly alarming.

The theme continues on Today with Miriam O’Callaghan (RTÉ Radio 1, weekdays), as the presenter discusses Kitty Holland’s report in The Irish Times that vaccination rates in affluent areas of Dublin are considerably lower than elsewhere in Ireland.

O’Callaghan is joined by former health minister Dr James Reilly, who’s concerned about the misinformation that characterises so many anti-vaccination posts online.

“We try to deal in facts and evidence as opposed to supposition,” he says, though he makes a factual slip of his own by talking about “Wingfield and his report”.

O’Callaghan gently corrects his mispronunciation, in contrast to Reilly, who bluntly frames what he sees as the choice facing parents: “You either decide to act and vaccinate and protect your child and their friends, or you decide not to act and put them all at risk.”

O’Callaghan is joined by another GP, Dr Yvonne Williams, who’s more alive to the protective instincts of anti-vaxxer parents.

But her argument is, if anything, more unsparing. “Our grandparents would remember a time when measles was killing children,” she says. “We’ve become a little bit complacent.” It’s a bracing reminder for anyone who thinks low child mortality is a natural state of affairs.

Of course, neither of these items, nor any of the other discussions elsewhere in the week on the introduction of the HPV vaccine for boys, include voices who are against vaccination, or even sceptical about it.

Depending on one’s point of view, this is either suspiciously one-sided or adheres to the quaint concept of dealing in verifiable information rather than speculation and inference. Given that children’s health is at stake, sticking to the latter tactic seems the wiser call.

(One still shudders at the memory of a “balanced” Morning Ireland report on the 40th anniversary of the moon landings report a decade ago, which included contributions from a conspiracy crank who claimed the entire event was faked, but also thought that the US government was hiding alien technology.)

If you know the truth, you’re not going to waver

O’Callaghan, as it happens, doesn’t avoid areas of medical contention. She talks to Professor Brendan Kelly of TCD about why there has been a 40-fold increase in diagnoses of autism since 1966. The reason is not because MMR has laid waste to children, as anti-vaxxers would have it, but rather, according to Kelly, because the borderlines for diagnosis have expanded massively.

This increase is not without its problematic aspects, however. O’Callaghan asks whether there’s pressure to diagnose autism, particularly when detection of the condition results in additional educational supports. In the end, the issue seems to be assessing the boundaries between people are autistic or, to quote Kelly, “just a little bit different”.

Either way, it’s a thought-provoking conversation, with Adam Harris of the As I Am autism charity bringing a more personal but still grounded viewpoint to proceedings.

Of course, there are those anti-vaccination sceptics for whom all medical evidence in the world merely confirms their bias rather than dispel it.

On Tuesday, Sean Moncrieff (Newstalk, weekdays) hears a report from the indefatigable Henry McKean, who asks people in Kerry why there’s less vaccination among those posh Jackeens.

Most of McKean’s respondents are sensibly if politely perplexed by such opposition. Gratifyingly, however, he does find one man who believes there is “a sinister plot behind the use of vaccines”, which is promoted by that reliable bugbear, “lies propagated in the media”.

With McKean as ever maintaining his gracious demeanour, his interviewee adds that medical practitioners are “indoctrinated” and hence don’t know “other facts”. “What’s happening in the world is all linked together,” he says.

“If you know the truth, you’re not going to waver.” It’s enough to make you stick to the facts.

The interview is par for the course, except for the sound of a phone ringing for the duration of the conversation. Dobson, unflappable as always, resists asking his guest to answer the phone, even as its repetitive trill reaches Telltale Heart levels of unbearableness.

At the end, co-anchor Audrey Carville defuses the farcical atmosphere with a wry remark about the persistence of the caller. (Bizarrely, Carville’s aside is cut from RTÉ’s “full” podcast of the show, airbrushing any notion of on-air errors.) Thankfully, the rest of the programme is off the hook.