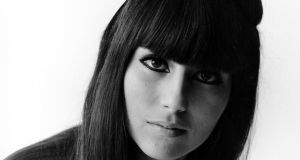 Cher: The Greatest Showgirl
Friday, Channel 5, 10.15pm
She was born Cherilyn Sarkisian in May 1946, but she’s better known across the world by a far more straightforward moniker – Cher. She became a star in the 1960s as one half of the pop duo Sonny & Cher alongside her first husband, Sonny Bono. When their marriage broke down, she reinvented herself as an all-round entertainer, turning to acting and eventually winning an Oscar for the 1987 movie Moonstruck. Despite all this success, she regards herself as an outsider, one who has been dogged by dissatisfaction and discontentment all her life. This documentary digs beneath Cher’s public persona to figure out why, despite her many accolades and achievements, she continues to strive for more.

From August 15th-18th, 1969, more than 400,000 people converged on Max Yasgur’s 600-acre dairy farm near White Lake in upstate New York to hear a pop concert. However, something far more profound happened – Woodstock became pivotal moment in popular music history, defining a cultural revolution. Through the voices of those who were there, the music and unique imagery, this documentary tells the story of the lead up to those four historic days of sex, drugs, rock’n’roll and mud, and explains how the festival was nearly pulled at the last minute.

Proms Encore
Saturday, BBC2, 7pm
Katie Derham presents a classical music magazine show to accompany the BBC Proms from a bandstand directly opposite the Royal Albert Hall. This evening she explores the role of the conductor, with the help of leading maestros Mirga Grazinyte-Tyla, Peter Edwards and Lloyd Coleman. Lloyd also discusses conducting styles with Martyn Brabbins, the music director of the English National Opera. Plus, comedian and keyboard player Rachel Parris finds out what it is like to play Queen Victoria’s own piano with Stephen Hough.

Hidden Britain by Drone: Heatwave Special
Saturday, Channel 4, 8pm
One of the hottest summers ever has generated a lot of interest for Britain’s aerial archaeologists, drone operators who have uncovered major new finds in the parched landscape. In this edition, Tony Robinson investigates how 2019’s dry spell created perfect conditions for the mysterious “parch marks” that led to these discoveries.

The Family Chase
Saturday, Virgin One, 6pm
Bradley Walsh hosts a family-themed edition of the game show. Here, instead of teaming up with strangers, contestants work alongside their family members as they pit their general knowledge know-how against that of professional quizzers. In tonight's first episode, the Forde family from Cardiff are the first to take up the challenge.

William & Harry: Princes at War?
Saturday, Channel 5, 9pm
Is there a rift between the Dukes of Cambridge and Sussex, or has it been blown out of proportion by the media? This programme, which may add fuel to that fire, analyses how William and Harry’s sibling relationship has changed over the years, from the bond formed by their mother’s death 22 years ago to meeting their wives and starting families of their own.

Ronnachaí Buí
Sunday, TG4, 6.10pm
Short film from 2018, directed by Ciarán Charles Ó Conghaile and filmed in An Trá Bháin, Connemara. It’s just an ordinary summer for best friends Colm, Maeve and Peadar, racing their bicycles near their home on the west coast of Ireland. Then the girls from a local Irish summer school arrive, leading Peadar and Colm in to unknown territory. Is there still a place for Maeve?

At a mere 15 minutes, there’s little chance of this sketch show outstaying its welcome. Lazy Susan features characters from the lives shows Freya Parker and Celeste Drin, including a whimsical French heroine created by a man who has never met a woman. And if you’re wondering where you’ve seen Ms Parker before, it was possibly in the sitcom Josh or The Mash Report. The perfect way to ease those Sunday night blues.

Alexandra Lamy and Pascal Elbé star in this compelling Gallic thriller (Une Chance de Trop) from 2015. It centres on Alice, a doctor and mother who is happily married to a handsome illustrator. However, their idyllic life is interrupted by an attack in her home that leaves her injured, him dead, and Tara, their six-month-old daughter, kidnapped. Detectives Tessier and Romano are assigned, but they suspect Alice of involvement. After an old flame unexpectedly turns up at her home, Alice begins her own hunt for Tara and her abductors, who have demanded a huge ransom in exchange for the baby’s return.

Lockdown midterm guide: Get over the midweek hump