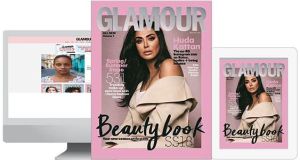 Glamour: Condé Nast, which is backing the magazine’s move online, lost more than $120 million in 2017

Yet another women’s magazine is moving away from print. Condé Nast, the publisher of glossy and aesthetically rich magazines like Vogue, Vanity Fair and the New Yorker, has announced that it is ending regular print publication of Glamour.

Two moves foreshadowed the change. Last year Condé Nast reduced Glamour’s frequency to 11 issues a year, from 12. And in January the company installed a digital journalist, the Irishwoman Samantha Barry, as the magazine’s new top editor.

Although the number of Glamour’s paid subscribers has remained stable over the past three years, at about 2.2 million, Barry says it is time for the publication to break away from the printed page. “This is my plan, because it makes sense,” Barry, a former executive producer for social and emerging media at CNN Worldwide, says. “It’s where the audiences are, and it’s where our growth is. That monthly schedule, for a Glamour audience, doesn’t make sense any more.”

The editor adds that the magazine might still publish occasional print issues centred on its annual Women of the Year award or topics like power and money. Online access to Glamour will remain free for now; it has not been determined how the special print issues will be made available.

Barry, who is 37, took over the top editorial position at Glamour after Cindi Leive had run the magazine for 16 years. She seemed to hint at its digital future soon after accepting the job, when she said, “Glamour is a brand – it’s not just a magazine.”

Anna Wintour, the editor-in-chief of Vogue and Condé? Nast’s artistic director, says Barry is “a change-maker – the embodiment of the modern Glamour woman.” “I am thrilled with her plan for Glamour’s future,” Wintour adds. “She’ll be reaching the title’s loyal readers on the digital and social platforms they use most, while using the power of print to highlight tent-pole moments like Women of the Year.”

Glamour’s digital audience has grown since Barry took the helm. The magazine’s monthly unique viewers have risen 12 per cent, to 6.3 million. Subscribers to Glamour’s YouTube channel have increased more than 110 percent, to about 1.6 million.

Glamour, which was founded by Condé Montrose Nast himself as Glamour of Hollywood, in 1939, is not the first women’s magazine to move away from print. Last year Condé Nast put an end to the regular print editions of Teen Vogue and Self, and Hearst Magazines recently announced that it would stop publishing Seventeen as a bimonthly. All three plan to publish occasional special print issues.

The end of Glamour as a regular print publication is part of a general belt-tightening at Condé Nast, a company that was known for its lavish offices and generous pay packages back when its publications were so stuffed with ads that readers had trouble finding the articles.

The publisher lost more than $120 million last year and has sought buyers for three of its magazines, Brides, Golf Digest and W. It has also consolidated research and photography departments, and has leased six of its 23 floors at its headquarters, at One World Trade Center in New York City.

Pamela Drucker Mann, Condé Nast’s chief marketing officer, says Glamour’s disappearance from news-stands should not be viewed as a failure. “This isn’t like another magazine that is not going to make it,” Drucker Mann says. “This is about the evolution of a brand and what it means not just to redefine itself, and grow, but also to liberate itself and have this ability to not only continue on but to be more successful than it ever was.”