TV review: ‘The Interrogation of Tony Martin’ explores a shooting in Norfolk 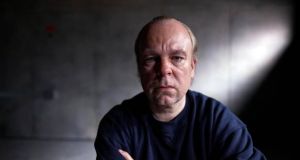 When two burglars broke into the home of Tony Martin, late on August 20th, 1999, Martin was prepared. His habit was to sleep in his work clothes, he told police officers the next day, with his boots on, in case of any unexpected disturbances.

“That’s one of the oddities with me,” he said as the tape recorder rolled, speaking as though it was not in the least bit odd. Nor, for that matter, that he kept a shotgun beneath his bed.

In a few moments he had discharged his weapon, killing one intruder, a 16-year-old boy, and wounding the other (both of whom, this confined dramatisation does not elaborate, were Irish Travellers).

The case threw Britain into an uproar.

In The Interrogation of Tony Martin (Channel 4, Sunday, 9pm), writer and director David Nath begins with one shrewd inclusion: a flitter of images and sounds from the contemporary media coverage.

Here, William Hague and Tony Blair supplant one another on the screen, while a divided nation ruminates on fear and loathing, on property rights and standing your ground. But the drama quickly shrinks into Martin’s police interviews, filmed as a verbatim re-enactment in a cold grey interrogation room, where a man troublingly full of oddities represents himself in his own words.

“I’ve had a horrendous experience,” he tells them flatly, as though in a Harold Pinter play. “It’s an absolute nightmare.”

Indeed, his home is called Bleak House, as though determined to tempt fate, and his life has been one of chronic isolation, perceived threat and constant grievance. “There is nobody to help you,” he says, in Steve Pemberton’s guarded performance, pivoting between paranoia and aggression. “I wish I was in China, ” he shouts, apropos of very little. “They’d put a bullet in my bloody head and I’d be out of the way.”

Nath, however, wants to put us in Martin’s bloody head, finding it clouded with obsessions, often muting the sounds around him, as though Martin’s ears were still ringing, then barraging him with sudden noises of outside interference. It’s a horrendous experience. An absolute nightmare.

Unfortunately, everything that’s interesting about the case is beyond Martin’s cowled perception: the cautious concerns of his mother, the more strenuous worries of his alarmed neighbour, the contradictory evidence presented at his trial.

In court, it was revealed, the intruders had been anything other than silent phantoms (Martin claimed he did not realise he had shot anyone): the last word of the teenager, Fred Barras, shot in the back, was a helpless, “Mum”.

That’s as much voice as the deceased gets, however, which amplifies the unease around Nath’s decision to give the concluding minutes of his film to the real Martin. Originally found guilty of murder, but released three years later, on appeal, for manslaughter, Martin is now filmed returning to a boarded up and crumbling Bleak House, sounding only more paranoid, more belligerent: “I’m going to look after myself,” he insists.

His earlier words, in the stygian gloom of the interrogation room, were more darkly equivocal: “I was in a very regrettable position,” he concludes. “I don’t know what else to say.”

Nor, sadly, does this muted drama.