12 of the best shows on TV this week 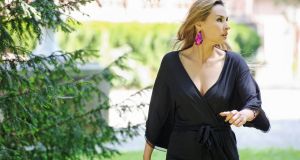 Poisoning America: The Devil We Know – Storyville
Monday, BBC4, 9pm
As well as being an apparently idyllic place to raise a family, the West Virginia town of Parkersburg is also home to a sprawling chemical plant. In 2000, local teacher Joe Kiger found a letter included with his water bill informing him that the chemical C8 was present in in his drinking water, but that it was safe to consume. Kiger decided to do a little more digging and his investigations – along with those of a local farmer whose cows were mysteriously dying – played a role in Parkersburg becoming the epicentre of one of the largest class-action lawsuits in the history of environmental law.

999: What’s Your Emergency?
Tuesday, Channel 4, 9pm
Cameras focus on the work carried out by Wiltshire’s police, paramedic and fire services. Never before have the region’s emergency services been so needed, nor so stretched. This episode focuses on the 5 per cent of the UK’s families who are collectively responsible for a staggering 50 per cent of criminal arrests. Police are dispatched to apprehend a drunk young man outside a nightclub. Some members of his family have amassed 193 arrests and 111 convictions between them.

Car Crash: Who’s Lying?
Tuesday, BBC1, 11.40pm
As the title of this gripping documentary suggests, the focus is on a devastating crash, which at first appears to be a tragic accident. Drawing on police bodycam footage of the crash site, it begins with a collision between a car and a tree on a dark country road. A young man emerges dazed and unharmed, claiming to be the driver and showing concern for his friends who are still inside the vehicle. Family members and friends of the gravely injured teenage passengers share their theories about what happened that night, but the only people who know the truth were inside the car – and their accounts contain conflicting details.

The Money Shot
Tuesday, Channel 4, 12.05am
The late-night slot reflects the subject matter in this 2011 French drama (original title: Xanadu), the latest offering from the Walter Presents strand. It focuses on the Valadines, who are a family like any other – apart from one small detail: they work in the adult entertainment industry. For 40 years, patriarch Alex Valadine has seemingly proved that running an X-rated film company isn’t incompatible with family life, but the cracks finally start to show following a traumatic event at a commemorative celebration for his ex-wife (a former porn star). Meanwhile, in an echo of Boogie Nights, the company is struggling to keep up with the digital age.

Tabú – Ag Teacht Slán
Wednesday, TG4, 9.30pm
The third in the documentary series looks at the harrowing subject of domestic violence, documenting the difficulties faced by survivors of domestic violence, and looking at the terrible aftermath for families of those killed by their abusers. We’ve become almost inured to the shocking news stories of entire families murdered by the father, but this documentary hopes to give an insight into those affected by domestic violence and the people and services who set out to help them.

In this magical children’s series, storyteller Jay’s life gets turned upside down when a mysterious fairy comes to live with him. Her house at the bottom of his garden was destroyed in a storm, she hurt her wing and she has nowhere to stay. Jay feels sorry for the curious, brave and sometimes stubborn fairy, so he welcomes her in – and so begins all the fun, frolics and magical happenings as they get to know each other.

The Contraceptive Pill: How Safe Is It?
Wednesday, BBC2, 9pm
The pill is the most popular form of contraception in the UK, with over three million women taking regular doses of synthetic hormones. However, with the contraceptive pill regularly in the news and studies linking it to breast cancer, heart attacks, strokes, life-threatening blood clots, liver tumours and depression, should women be worried about its safety? In this Horizon investigation, GP Dr Zoe Williams goes behind the headlines to seek out the truth while a specially commissioned, nationwide survey reveals the areas of most concern to British women – from mental health to the risk of cancer and drop in libido.

Psychotherapist and author Stella O’Malley reflects on the huge rise in numbers of young people embarking on gender transition, reflecting on her own experiences as a child with gender identity issues. She examines how the experiences and options open to transgender children today compare with her own childhood, and asks what person she might now be, had these choices been available to her. O’Malley also meets some of these young people to try and understand their personal journeys, as well as academics and parents who are trying to support their children and navigate the system.

The Big Picture: A Woman’s World
Thursday, RTÉ One, 9.35pm

This is a big year for women’s issues to take centre stage. It’s the 100th anniversary of women winning the right to vote, and it’s also the year the #MeToo movement embedded itself in the public consciousness. And, in a momentous result for women, the abortion referendum was passed by a huge majority. This documentary looks at what it means to be a woman in 2018, what obstacles women face in the journey to equality, and why the issue of the gender pay gap still hasn’t been fully addressed. The documentary is followed by a live studio discussion chaired by Miriam O’Callaghan.

In March, an attempt was made on the life of ex-Russian spy Sergei Skripal and his daughter Yulia in Salisbury; they were discovered on a park bench in a serious condition. It was later discovered they had been poisoned by a nerve agent, Novichok, and spent several weeks in hospital. Following an investigation, the British government announced it believed that the attack had “almost certainly” been approved by the Russian state. In this documentary, Jane Corbin hears from police officers, the government’s chemical weapons scientist and intelligence insiders as she pieces together the details of how and why an assassination squad was sent to kill Skripal in a plot that put thousands at risk. She also travels to Russia to meet members of his family.

Walter of Walter Presents is having a busy week – as well as bringing us The Money Shot on Channel 4, he’s also hitting us with this new German legal drama. It follows a defence lawyer whose cases are rarely black and white, and often occupy the murky areas between what is legal and what is morally right. In the first episode, that involves dealing with a couple who wanted to spice up their marriage by inviting a third person into the bedroom. However, the fantasy becomes a reality, creating a divide between the husband and wife and leads to a near-fatal encounter.

The Graham Norton Show
Friday, BBC1, 10.35pm
The host is joined by Oscar winner Nicole Kidman, who discusses her new crime thriller Destroyer. Actor and writer Stephen Fry waxes lyrical about his latest adaptation of Greek myths, Heroes; and stand-up Joe Lycett reflects on his current tour and new teatime show, The Time It Takes. Plus, Ruth Wilson talks about her new BBC drama Mrs Wilson; and world, Olympic and Tour de France champion Geraint Thomas revisits his achievements in cycling. Last, but certainly not least, Take That are the musical attaraction.

Britain and Europe in a Troubled World: A wise guide to Brexit
5

A century on: the Dáil loan that set the State on road to financial sovereignty
Real news has value SUBSCRIBE