Eight of the best TV shows to watch this week

Hurling’s rich history in The Game, squabbling siblings and lots of Botox in Age Before Beauty – oh, and the ‘Love Island’ finale 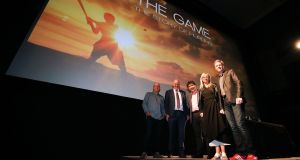 The Game – The Story of Hurling tracks the history of hurling. Photograph: Donall Farmer 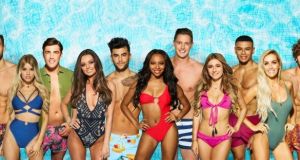 One couple will sashay away with the £50,000 prize on Love Island

Lorry Ladies
Monday, BBC One, 7.30pm
Angela Rippon is a trailblazer. Back in the 1970s, she became the first woman to regularly present the news for the BBC. As a result, her fame transcended her day job and she popped up on numerous other programmes, even showing off her previously unknown dance talents to great effect alongside Eric and Ernie on the 1976 Morecambe and Wise Christmas Show. Now she’s meeting fellow trailblazers, albeit of a different kind. Women lorry drivers are not exactly unheard of, but those she interviews during a trip to Northern Ireland have taken the profession to a new level. Here they talk about their passion for the open road and why, after a long week behind the wheel, like nothing better than attending truck festivals across the country.

Love Island Live Final
Monday, 3e, 9pm
Summer’s over, folks. The rain is back, the shops are advertising their back-to-school stuff, and Love Island is finally coming to an end. We’ve watched this bunch of young, fit, fickle and permanently horny young singletons sunbathing, snogging, sniping and holding secret trysts for the past couple of months, but now it’s time to return to the unsexy real world. Caroline Flack will present the live final as the viewers decide which couple will sashay away with the £50,000 prize. Looks like it won’t be Sam and Georgia, who set the internet on fire when they spectacularly walked away from the villa last week to prove their love for each other (that won’t last five minutes in the outside world). But the big question now is, what on Earth are the rest of us going to do with what’s left of the summer holidays?

The Game – The Story of Hurling
Monday, RTÉ One, 9.35pm
Our national sport needs a serious documentary to do it justice, and this three-part series made by IFTA-winning director Gerry Nelson could be the one. The series tracks the history of hurling, from its early development during the turbulent Land War to the technical, high pressure game of today. Using state-of-the-art camerawork, Nelson captures the skill and speed of hurling, and restores old footage to bring the history of the game back to life in high definition. The series also features interviews with legendary players, managers and commentators, including Henry Shefflin, Joe Canning, Lee Chin, DJ Carey, Seán Óg Ó hAilpín, Micheál Ó Muircheartaigh, Ger Loughnane and Brian Cody. With this series, Nelson hopes to get across the deep cultural significance of hurling and the sense of belonging and national identity that is inextricably linked with the hurl and sliotar.

Our Guy in Russia: The Road to Chernobyl
Monday, Channel4, 9pm
Guy Martin leaves Russia and the site of the 1986 Chernobyl disaster in Ukraine to explore the record-breaking engineering solutions designed to make the area safe. After receiving specialist training about how to avoid contamination, he is allowed into the most radioactive place on Earth, a restricted exclusion zone of 2,590sq km (1,000sq miles). He heads straight for the breached reactor, which is now entombed within a 36,000-ton shelter, and climbs to the top of the structure to carry out a radiation survey. Last in the series.

Age Before Beauty
Tuesday, BBC One, 9pm
A struggling beauty salon, squabbling siblings and lots of Botox – welcome to a new drama series set in Manchester, in which beauty is more than skin deep, and blood runs thinner than Prosecco. Polly Walker stars as Bel Finch, a woman with time on her hands after dispatching her children off to college. When brother-in-law Teddy (Robson Green) asks her to come back to the family’s failing beauty salon, the scene is set for some family feuding among the face creams and powder puffs. Bel sets out to save the salon and give it a complete makeover, but sister Leanne (Kelly Harrison) is not too happy that Bel is back in charge. Things could get ugly at this beauty salon.

Succession
Thursday, Sky Atlantic, 9pm
Here another family business drama, only this time the business is a thriving media empire, with piles of money for the family members to fight over. Brian Cox plays 80-year-old Logan Roy, the head of media conglomerate Waystar/Royco. His children are eagerly waiting for him to announce his retirement, but the old codger decides he’s going to stay on as chief executive indefinitely, which doesn’t go down well with his son and heir apparent Kendall (Jeremy Strong). A series about a rich, dysfunctional media family on a channel owned by a famous rich media family? The series is not based on the Murdochs, said Strong in an interview, but that won’t stop us from drawing parallels.

Meet the Drug Lords: Inside the Real Narcos
Thursday, Channel4, 9pm
New series. Former special forces soldier Jason Fox travels through South America, investigating the cartel strongholds of Mexico, Colombia and Peru to lift the lid on their brutal worlds. What kind of lives do their members have, what does their work involve and how do they continue to evade the law? Jason begins in Mexico, where he meets members of the Sinaloa cartel – including killers and ex-assassins – witnesses brutality first hand and finds himself in the middle of a turf war as he tries to get to the bottom of how they operate.

The Prosecutors
Thursday, BBC Two, 9pm
Drugs are big business in prisons. On the inside they can fetch four times their street value, and serving time can become a business opportunity for kingpin convicts. To prosecute the offenders, police need evidence of who’s involved on the inside – and who’s flying the packages in. Filmed over a year, with behind-the-scenes access to the CPS and West Mercia police, this two-part film follows senior crown prosecutor Eran Cutliffe as she works to build an extraordinarily complex case against a network of people – both inside and outside prisons – who are using drone technology to exploit the captive market. With insights behind the scenes at court, we see how deals are made and the tensions between gang members who are charged together in a conspiracy. – Additional reporting from PA