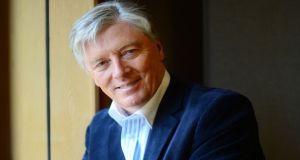 In more good news for fans of stimulating radio, Pat Kenny is back on the drugs, so to speak. After his memorable item on hallucinogenic substances some weeks back, the host examines cocaine abuse on Tuesday’s programme (the Pat Kenny Show, Newstalk, weekdays). He discusses a new campaign about the dangers of the drug, which also gives advice to users how to reduce the risk of physical and mental harm.

It’s a calmly analytical piece for the most part, with Kenny underlining how cocaine consumption has increased in tandem with the economic recovery. He is also savvy about the differing social cachets of drugs, musing that whereas heroin users are “pariahs”, cocaine is seen as “party central”. His guests explode that particular myth, with Dr Eamon Keenan of the HSE detailing how the drug causes anxiety, depression and suicidal behaviour.

It’s when Kenny turns his attention to the practical tips offered on drug use by the campaign literature that proceedings take on a bizarre air. Reading out the advice in the studious monotone tone more suitable for an instruction manual, the host lists off helpful hints.

Grind the drug to remove clumps and use a sterile straw to ingest it, he reads, before seamlessly moving on to the harder stuff. “On the crack cocaine side,” Kenny continues, “avoid using homemade crack pipes, don’t share your pipe, avoid smoking the full rock”. It’s not so much “for real” as surreal.

Kenny then wonders whether the campaign is “normalising cocaine use and abuse”. As if there’s anything normal about Kenny dispensing streetwise knowledge in such typically earnest tones. Despite his concerns about the campaign, Kenny is aware that its goal is education, stressing that enforcement is the responsibility of the gardaí. Still, lest anyone is unaware that drug use is illegal, he tells listeners that cocaine use “lines the pockets of criminals”. Thanks for the information, Pat.

The item captures the diverse aspects of Kenny’s on-air persona. His inquiring mind is there, as it is during his thorough yet accessible discussions on Trump and Brexit on Wednesday. Similarly, his widespread knowledge makes him alert to nuance: he conducts an enjoyable illuminating interview with author Kelleigh Greenberg Jephcott about the late Truman Capote’s coterie of wealthy female friends. And, of course, there’s Kenny’s tendency to get diverted from the issue at hand and go off-road. He loses patience with Sinn Féin TD David Cullinane, exasperatedly calling the party’s abstentionist stance on Westminster Brexit votes “nonsense”. This mightn’t help the quality of debate, but adds greatly to the entertainment value. Who needs drugs when Kenny is in this form?

Canadian intellectual Jordan Peterson has become a web sensation by presenting himself as a fastidiously rational crusader against supposedly intolerant identity politics. But as Peterson talks to Marian Finucane (RTÉ Radio 1, Saturday and Sunday), his objections to liberal excesses don’t call to mind academic rigour so much as anecdotal apocrypha, in the form of a well-burnished family tale about two men sharing a piece of cake.

One man cuts the cake into unequally sized slices, then hands the smaller portion to his friend, much to the latter’s consternation. “If I had cut that cake, I would have given you the bigger slice,” the friend remarks. “So what are you complaining for?” comes the reply.

Peterson is not afraid to complain. His interview with Finucane certainly attests to his provocative yet deceptively academic style, if not his superstar appeal, as he bemoans the egalitarian follies of “radical left-wing collectivists”. In rebuttal, he cites studies to claim that in Scandinavia, differences between the sexes in terms of profession have grown in the professional sphere despite efforts to promote gender equality.

He also asserts that hierarchies are natural, not some artificial construct, saying that people higher up the ladder produce more serotonin to regulate the greater stress. The conclusion, at least using his data, is that “if you’re going to solve a problem collectively, you’re going to create a hierarchy and dispossess people”.

But when Peterson lambasts legislation to facilitate transgender people’s ability to transition sex, or laments the growth of “methodically reprehensible” women’s studies departments of campuses, his criticisms seem, well, illogical. For all that, Peterson is unhappy with what he sees as the inconsistencies of the equality agenda, he sounds aggrieved at the potential establishment of a new legal and academic hierarchy at the expense of the one he prefers. Then again, hierarchies are apparently inevitable. As the man says, what are you complaining for?

For all that, Peterson’s appearance adds welcome vim to Finucane’s show, which too often has a rote, slightly self-satisfied quality to it. He is quietly spoken (until his voice rises in annoyance) and makes sensible suggestions about the desirability of people taking individual responsibility. He also dismisses the notion that he belongs to the “alt-right”, disdaining right-wing ideologies that espouse racial superiority. True, he is palpably angry at the disruption of the more traditional gender roles, but his appearance dispels the old canard that dissenting voices are silenced in the snowflake media sensitivities.

Finucane, for her part, sounds far more focused and animated than usual. She energetically questions her guest about his more contentious points, such as his association of chaos with the feminine and order with the masculine. Peterson says this is symbolism, nor does it mean order is good and chaos bad. “Well, from a female perspective it might sound like that,” Finucane replies, in her most curt tone. But any irritation she has must be assuaged by the knowledge that her ratings-friendly guest is also bringing out the best in her. Talk about having your cake and eating it.

On Tuesday, Sean Moncrieff (Newstalk) tackles the news that the Catholic Church has decreed that virginity is no longer a prerequisite for becoming a so-called “bride of Christ” by interviewing Judith M Stegman, president of the United States Association of Consecrated Virgins. It has all the makings of a set-up job, as Stegman talks with affable sincerity about giving the “gift” of virginity “to be spiritually married to Christ”. But far from mocking this, even by implication, Moncrieff is respectful of his impeccably polite guest’s faith and curious about her life choice, unusual though it. It’s an enlightening look at belief and choice, however esoteric.