Seven of the best TV shows to watch this weekend 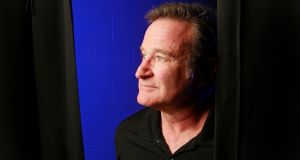 Big Star’s Little Star
Saturday, ITV, 7pm
If you’ve ever been embarrassed by your kids choosing a particularly inopportune moment to loudly blurt out one of your most mortifying secrets, then you’ll no doubt admire the bravery of the celebs who are willing to appear on this series — and run the risk of their offspring shooting their mouths off on national TV. For newcomers, it sees Stephen Mulhern getting the inside scoop on famous faces’ lives, courtesy of their children. The stars taking part in the first episode of the new run include former X Factor finalist and TV personality Stacey Solomon, who appears with her nine-year-old son Zachary. They’re joined by actor John Thomson and his daughter Sophia, who is seven, and presenter Jenny Powell and her eight-year-old daughter Pollyana.

My Family and the Galapagos
Saturday, Channel4, 8pm
New series. In 1978, the Galapagos Islands were designated a Unesco World Heritage site, signifying their importance to the world. Forty years on, biologist, broadcaster and conservationist Monty Halls returns to his “favourite place on Earth” to investigate the wonders and challenges that both define and threaten this jewel of nature. Halls is accompanied by a unique research team — his wife Tam and daughters Isla and Molly, who for three months will experience this way of life.

Creedon’s Road Less Travelled
Sunday, RTÉ One, 6.30pm
Episode two of the new series as John Creedon takes the slip road off the M8 and venturing into the lost world beyond the motorway. This may surprise you, but there is an entire civilisation thriving along the secondary roads and boreens that lie behind the main dual carriageways. This week Creedon visits towns along the road from Dublin to Galway, singing a duet with rugby player Mick Galwey and playing handball with musician Mick Foster.

Francis Brennan’s Grand Tour South Africa
Sunday, RTÉ2, 8.30pm
The hotelier is hosting another motley crew of holidaymakers on a mystery tour – and this time he’s chosen to bring them on an epic journey from Johannesburg to Cape Town and all scenic points in between. Getting a surprise holiday to South Africa sounds wonderful, but let’s not forget the guests are actually paying for it. This week Francis arranges for members of his party to make a 70 metre freefall from Soweto’s Orlando Towers.

Robin Williams: Come Inside My Mind
Sunday, Sky Atlantic, 9pm
Whatever was going on inside Robin Williams’s head, it marked him out as one of America’s funniest, most freewheeling comedians. From his early days as a stand-up to his death in 2014, Williams proved himself an extraordinary comedic talent. This intimate portrait by Emmy award-winning documentary maker Marina Zenovich gives us a peek into the mind of this comedic genius via interviews with friends, family and fellow stars, home movies and onstage footage. Zenovich packs so much stuff into this film, it seems almost as chaotic and fast-moving as Williams’s mind. Alas, there’s little room to explore the darker side of his psyche, which saw him crippled by self-doubt and fear of failure, but there are plenty of insights into what drove Williams to seek self-affirmation by making the whole world laugh.

Travels in Trumpland with Ed Balls
Sunday, BBC Two, 9pm
If any former British politician knows about the power of reality TV, it’s Ed Balls – the former UK shadow chancellor’s public profile soared after he did the salsa to Gangnam Style on Strictly Come Dancing. But it seems he still has some questions about how the former US Apprentice star, Donald Trump, rose to become President. With that in mind, Balls is heading to America’s Deep South to immerse himself in the lives of the people who put Trump in power. It’s a trip that takes him to the Rednecks with Paychecks festival, one of the ultimate celebrations of Southern Pride, but he also finds a much less stereotypical Trump supporter in the form of Mexican Mardha, who crossed the border illegally 20 years ago.

The Football Club: Artist in Residence
Sunday, Channel4, 10.05pm
Portrait artist Tai Schierenberg’s famous sitters include Stephen Hawking, Seamus Heaney and the Queen, but for his latest project, he’s becoming the artist in residence at West Bromwich Albion FC. However, his stay turns out to be more inspiring than anyone could have imagined as it coincides with one of the club’s most turbulent seasons in living memory. Tai is there to capture the emotional drama as West Brom battles against relegation, and eventually unveils a series of portraits of players, fans and ex-manager Tony Pulis. – Additional reporting by PA