Theatre of the week: Misogynistic therapy, and a neglected Sean O’Casey play 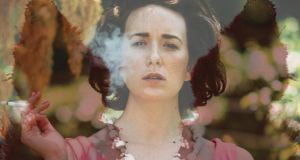 Liv O’Donoghue in The Patient Gloria

In 1964, Gloria Szymanski decided to look for help. A 31-year-old divorcee who was beginning to date again, Gloria had become anxious about her small daughter’s perception of her sexuality, and explanations of her own desire. Her counselling sessions with three psychotherapists were filmed by Dr Everett Shostrum and turned into an educational movie called Three Approaches to Psychotherapy, but it found wider release and a catchier name as The Gloria Films.

The project was intended to demonstrate different analytical method: the collaborative, person-centred therapy of Carl Rogers, the confrontational gestalt therapy of Fritz Perls, and the dense rational emotive behaviour therapy of Albert Ellis. What it actually reveals, particularly from our vantage, are the paternalistic and even demeaning treatments of a woman seeking counselling in the wood-panelled offices of privileged men.

For her first new play in 10 years, Gloria Moxley now turns the film into the substance of a stage show, performing the roles of the therapists against Liv O’Donoghue’s Gloria. That it comes after Waking the Feminists and #MeToo is hardly coincidental. It is produced by Moxley and the Abbey in association with Moxley’s frequent collaborators Pan Pan, for a new diagnosis of natural desire and misogynistic culture. How patient will this Gloria remain?

The title of Sean O’Casey’s all but forgotten play from 1924, Nannie’s Night Out, sounds like a right old lark – it’s not. It refers instead to a poor woman from Dublin’s tenements on a night out from Mountjoy Prison, an institution she frequently inhabits, because, as she says, the State doesn’t take responsibility for her. At the time, neither would the Abbey Theatre, which baulked at a scabrous depiction of a housing crisis, homeless families, women’s rights and addiction. “I’m going to leave a Nannie-shaped hole in the Liffey,” reasoned O’Casey’s character, a methylated spirits drinker. The Abbey insisted on a different ending. O’Casey preferred his own. The original production ended with a compromised ending. No one was happy.

Now Anu, the daringly immersive company with a knack for folding the past into the present moment, take on the play for the Abbey. Director Louise Lowe repositions a staggeringly modern Nannie at the centre of the work performed in and around theatre spaces, and never wholly restricted to fiction. It’s a significant gesture. Nannie witnessed the creation of a new State, with no plans to accommodate her. How much can we say has changed?

Mrs America’s Uzo Aduba: ‘You have to have lived racism to understand how it feels’
8