Directing Ruth Negga as Hamlet: ‘Theatre either puts you to sleep or wakes you up’ 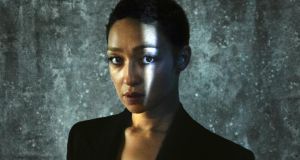 Ruth Negga: Yaël Farber first encountered the actor in her role in Loving

When Yaël Farber was five years old, growing up in a rigidly divided South Africa under Apartheid, her parents took her to a theatre to see the musical Annie. It is not the escapism of the show that stays with her, but what it seemed to be concealing: when her family left the building the sky was thick with smoke, while fires blazed on the Johannesburg horizon. The Soweto Uprising of 1976 had begun.

Years later, in the late 1980s, Farber’s political awakening came in a different performance space in the city, converted from an old street market, where a legal loophole meant white and black spectators could mingle in the stalls to watch radical new performances.

“Theatre either puts you to sleep,” she decided, “or it wakes you up”. Farber had ambitions to become an actor, but the Market Theatre “felt like the only place I was being told the truth”. She decided instead to become a director. “I never got over the fever of that,” she tells me. “It was all I wanted to do.”

That has been conspicuous in Farber’s work since, a theatrical visionary with an acute political conscience. In her sweltering adaptation of Strindberg’s Miss Julie, its psycho-sexual power game was reconceived for a contemporary South African township, which she rewrote as Mies Julie in 2012, while her response to India’s rape epidemic brought the stark and sombre poetry of Nirbhaya, in 2014, both of which visited Ireland.

Now based in Montreal, Farber works mostly abroad, recently directing acclaimed productions of The Crucible for London’s Old Vic and Les Blancs at the National Theatre. She comes to Dublin, and the Gate’s hotly anticipated new production of Hamlet, starring Ruth Negga, with an eye trained for new possibilities.

As you might have guessed, she is more faithful to the spirit of the play than the letter of the text. “By peeling away a certain quantity of the text, I feel like I can reveal certain aspects better,” she tells me one evening after rehearsals. Some of this is simple editing – most stagings must be cruel to the text to be kind to the audience – but Farber, an accomplished adapter, is going further.

In her version, scenes may be reordered to let the story track better. Concerned that only Hamlet alone should have direct access to the audience, other characters now forfeit their own conspiratorial asides. (“Though this be madness, yet there’s method in it.”) One famous double act has even been rolled into a solitary figure, Rosenstern (Guildencrantz is dead?). It has not escaped notice that Hamlet is played by a woman; in Negga, a bona fide film star with a wealth of stage experience. But Farber’s enthusing take hardly stops there.

“It’s not just a political story,” she reasons, “it’s a deeply philosophical and spiritual story. Through his protagonist Hamlet, Shakespeare poses the deepest questions about loss, political agency, what is expected of a person in society, and also the deepest consideration of mortality. He zooms in on the insect pulling the crumb – the struggle – and he pans out. I believe he was a film-maker of his time. The way he’s written it, the way he takes us into long shot in the mind, allows the large sweeping questions towards the point of it all.” To be – jump cut – or not to be?

I wanted to hear from a Hamlet who has the true, deep experiential understanding of saying, ‘The time is out of joint. O cursèd spite, That ever I was born to set it right!’

If Farber’s conversation frequently reaches for film reference, so does her stage. She once described humanity’s capacity for goodness, for instance, as “this miraculous glitch in our essentially dark matrix”, and today refers to Shakespeare as “the Tarantino of his moment”; intended, I think, as a compliment.

There’s some compelling reason for this. More than any of Shakespeare’s heroes, we watch this drama through Hamlet’s eyes: no one, in speech or deed, brings us more squarely inside his head. You could argue that we watch it as Hamlet, not just a tormented, avenging hero, but a remarkable model of subjective consciousness. Who gets to tell that story, Farber know, and whose eyes an audience are encouraged to see through, is inherently political.

Her only previous Shakespearean production was a radical adaptation of Julius Caesar, staged in a fledgling South African democracy and performed by a black cast alternating between Elizabethan English, Zulu and Xhosa. At the time, a post-colonial debate considered removing Shakespeare from the school syllabus, but in Farber’s production at the Market Theatre, excited audiences would stand up and call out to the characters.

“What’s vital is to decolonise yourselves before we even go into the work,” she tells me. In Ireland, for all our theatrical confidence, Shakespeare in performance has often inspired a “cultural cringe” and letters to the editor bemoaning Irish diction. That RADA-sanctioned Shakespearean accent, with deathly echoes of Olivier and Gielgud, is called “received pronunciation” for a reason.

“I wanted to hear from a Hamlet who has the true, deep experiential understanding of saying, ‘The time is out of joint. O cursèd spite, That ever I was born to set it right!’,” Farber says of her remarkable casting. Her first experience of Ruth Negga in performance was watching the actress’s Oscar-nominated role in the 2016 film Loving. Its depiction of interracial romance in a time of civil intolerance so moved Farber’s young daughter, whose father is Haitian, she had to leave the cinema, but Farber returned soon after, transfixed. “I saw how she is able to inhabit some kind of core truth,” Farber says of Negga. “She allows it to be larger than herself, but still has the grasp of the artist to know how to represent it through her.” It’s facile to try to reduce Negga’s Hamlet to one thing or another, man or woman. “I want to iterate it through the poetry of theatre,” she says.

I believe the role is in the hands of an artist, who can do something incredible with it

The same goes for context: her Elsinore has some markers of time and place, she concedes, but she is slow to confirm them. “It’s any place where there has been an illegitimate takeover of the rightful transmission of power,” she says. “I’d rather it’s witnessed than to try and describe it. I went into theatre because it’s exactly like a dream – ‘I was walking through this house, then suddenly I was by the sea’ – it’s how we get drawn into the dream, filled with potent symbols. But you don’t stop to point out the symbols.”

Some signs, however, might be anticipated. Hamlet is, for instance, both secret agent and dogged investigator, attempting to expose a gross national deception and restore its rightful rule – a resonant figure in the time of the Mueller Inquiry. (Farber is as obsessed with “post-truth” politics and Trumpian misrule as anybody else). More strikingly, though, a female Hamlet bringing uncomfortable truths to light may chime with an emboldened movement bringing hidden stories  to public attention; something the Gate knows only too well.

Historically, a female Hamlet isn’t all that unusual, even – perhaps especially – in this city. “I hear that an actress played Hamlet for the fourhundredandeighth time last night in Dublin,” remarks one character in Joyce’s Ulysses, and indeed there is a storied history of cross-cast Danes stretching as far back as Fanny Furnival 1741, Siobhán McKenna in 1957 and the magnetic Olwen Fouéré (one of Farber’s previous collaborators) in 1993.

That Ruth Negga is now Hamlet, and Hamlet Ruth Negga, may be a poetic progression, holding a mirror up to nature where we might see ourselves better reflected. Inevitably, this bring can bring reactionary response, as threatened as a gamergate referendum on female Ghostbusters. “It’s loss of the stronghold on the POV,” Farber puts it, in customarily cinematic terms. “The conservative reaction is to say, ‘It’s been taken from me.’ No, it’s just been afforded to you for a long, long time.”

Casting Negga is not intended as a provocative gesture, but rather an empowering one. “All I want to know is if the story will be told with the velocity and beauty and power that it can be,” says Farber. “I believe the role is in the hands of an artist, who can do something incredible with it, that we will work together to mine the truth of it, and everything else will fall away.”

As the Prince herself would say, the readiness is all.

Hamlet runs at the Gate Theatre from September 21st-October 27th