The Mai review: Passionate performances in an unfocused production 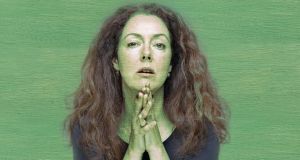 The Mai: Derbhle Crotty is both tough and tender in what was Marina Carr’s first full-length play

Civic Theatre, Tallaght
★ ★ ★
Marina Carr’s first full-length play is perhaps her most conventional. Carr’s work frequently blurs the boundaries between our world and another, but in The Mai the dark and slippery dimensionality that is her trademark is held within the structure of a traditional memory play.

In the opening moments we meet Millie (Rachel O’Byrne), who reflects on the dissolution of her parents’ marriage and the tragic death of her mother. This frame foregrounds the plot’s outcome, and is vital for keeping sentimentality at bay. Despite a flair for romantic fantasy, Carr’s dramatic vision is uncompromising in its realism: just ask Grandma Fraochlán’s girls to tell you about their childhood.

But Andrew Flynn, the director, seems unsure of where the play’s focus should be, and this production flounders between past and present. The impact of Millie’s opening monologue is lost within the stirring sadness of Carl Kennedy’s original cello score. As she observes the return of her father, Robert (Aidan Redmond), after an absence of five years, it is not clear exactly where Flynn wants us to look. This is a problem that persists throughout the production, despite the passionate performances by a female-strong cast.

As Grandma Fraochlán, Stella McCusker proves herself a spellbinding storyteller, while her physical frailty only makes her frank selfishness and acid tongue funnier. Marion O’Dwyer and Joan Sheehy play her daughters, Julie and Agnes, with the stiff, pinched formality of caricature, which is wonderfully effective in illuminating the hypocrisies of social propriety. Their bickering provides some of the most memorable moments of the production.

The most moving moments come from Derbhle Crotty, who is both tough and tender as the Mai, the family figurehead. As a mother she yearns to do better; as a wife she merely yearns to be loved. It is remarkable how fresh Carr’s snapshot of the complexity of womanhood remains after 24 years.

Ciaran Bagnall’s set presents us with a house as mausoleum, which indeed it is. The Mai has built it as a gesture of hope, but really it is a monument to her failing marriage, and the cold, austere decor is appropriate to the frigidity of this family’s life.

The play’s real tragedy, however, is not the death of the Mai but the impact that it has on the next generation. Just as poor, martyred Ellen suffered at the hands of her mother’s decisions, and the Mai suffered in the wake of her own mother’s death, so it is Millie, and her invisible siblings, who suffer the consequences of their parents’ actions.