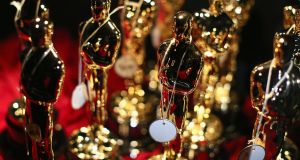 A documentary about a Connemara-born boxer who fought for a world title in the 1980s has become the first Irish-language film to make the longlist for Best Documentary at the Academy Awards.

Rocky Ros Muc, directed by Michael Fanning and produced by Máire Bhreathnach, tells the story of Sean Mannion, who emigrated to Boston in the 1970s and became a professional boxer.

He still works as a labourer in Boston where he now lives a modest life. The film has been screened in New York and Los Angeles, and an Irish release is planned for later this year.

Elián, directed by US journalist Tim Golden and Dublin film-maker Ross McDonnell, tells the story of Elián González, a young Cuban boy who became the focus of international controversy when his mother drowned while trying to escape to the US in 1999.

School Life (formerly titled In Loco Parentis) is a portrait by directors Neasa Ní Chianáin and David Rane of life at Headfort school in Co Meath.

No Stone Unturned, directed by Oscar-winning documentary-maker Alex Gibney, is an investigation into collusion in the Loughinisland massacre in 1994 in which six men were murdered by the UVF.

It will be released in Irish cinemas, as well as in the UK and US, on November 10th.

No Stone Unturned, Rocky Ros Muc and Elián were all submitted for consideration by Belfast-based production company Fine Point Films and its sister company Below the Radar.

A shortlist of 15 of the 170 films will be announced in December. The ceremony for the 90th Academy Awards will take place on March 4th next year.

Covid-19 and dementia: ‘My father studies me, as if trying to put together a difficult jigsaw’
7