What can we do about ‘negativity bias’? - the science behind being sound

From negativity bias to a ‘helper’s high’, science can help explain why certain things affect our mental and even physical health for good or ill 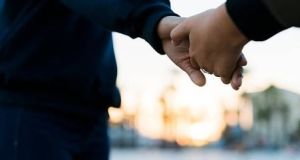 Why does negativity stick so damn much? You do something you’re happy with, everyone says you did a great job, but it’s that one comment that’s less than positive (“Why didn’t you do it this way?”) which keeps replaying itself over and over in your mind and taints your whole perception of it.

Turns out there’s a very good evolutionary reason for this called the “negativity bias”, which means that negative experiences weigh more heavily on our brains than others. Since the days of the caveman, we’ve evolved to be fearful and heavily attuned to the strong possibility of a threat to sustain our survival, whilst totally underestimating our resources to deal with them. Bloody typical! Left unchecked, the negativity bias can become a serious hindrance to emotional wellbeing and positive mental health, as negative thinking is often synonymous with anxiety and depression.

The negativity bias affects our views about ourselves, our emotions, our ability to take in information and our decision-making. Practically everything then... Studies in psychology and neuroscience have shown that for every upsetting thing that happens, we need five positives to balance it. Knowing that not all emotions are equal gives us a sense of control over what we can do to counterbalance negativity. This is where making a conscious effort to be “sound” to ourselves and others comes into play, which can include self-compassion, gratitude and mindfulness.

Humans are a deeply social species whose most joyful and sad moments arise from the fulfilling or lack of “belonging” with close others. Given this deeply ingrained social drive, science shows us that as children we are biologically wired to be kind to others which sets the stage for developing empathy and relating meaningfully to others. Time spent with emotionally warm or “sound” adults in whose company you feel safe and at ease can you give you a wonderful feeling of wellbeing. One of the best ways to lower stress levels and relax your body is to spend time with really genuine people, those you can cry and laugh with, in essence those you can be fully you with.

Being with sound people is the ultimate mood changer and the answer is found in your brain. A meeting of the minds or a good laugh with the right person can activate optimal levels of your “feel good” brain chemicals and drastically lower your stress levels, by relaxing your heart rate and blood pressure. The endorphins can act as a natural pain reliever, whilst the serotonin release can serve as an antidepressant or mood lifter without the side effects.

Being kind and showing altruism for others boosts serotonin, which is the neurotransmitter responsible for feelings of satisfaction and wellbeing, a phenomenon also known as a “helper’s high”. There is a growing body of research indicating a strong link between volunteering and emotional wellbeing. Common reasons for the link include feeling useful, purposeful and valued; feeling connected to community and a sense of belonging; and feeling a sense of perspective on life and appreciation for life’s blessings. Helping others helps the person to take a break from the stressors in their own lives and makes them better equipped to handle future stressful situations.

Amazingly, being kind increases oxytocin levels which reduces inflammation associated with all sorts of physical health problems such as diabetes, cancer, chronic pain, obesity and migraines. Oxytocin is also known as a “cardioprotective” hormone because it protects the heart by lowering blood pressure. Being kind can also reduce your risk of heart disease and help you to live longer, due to the strong and meaningful relationships you develop with others. Maybe that’s why they say sound people have really big hearts...

So with all this science backing it up, what better reason to check out The Little Book of Sound – a pocket guide created by A Lust for Life on the back of their #Soundeffect campaign, run with Pieta House, which engaged millions of people across Ireland and around the world to share their acts of soundness. The campaign was based on a core belief that people are fundamentally sound, a message that often gets lost in modern society. The vision was to create a wave of positivity using #SoundEffect as a fulcrum for the human stories, actions and gestures that amplified the collective soundness of our nation. It also began a journey of education in helping people to understand why being sound matters.

The Little Book of Sound goes a step further by encouraging people to be sound to themselves as well as to others this Christmas and beyond. It includes a little bit of the science supporting how being sound to others and to ourselves has a huge positive impact on our mind, bodies and the world around us: “The more compassion we can have for ourselves the more empathy we can show to others”. Easier said than done I hear you say; well it’s worth a try anyway...

Dr Malie Coyne is a clinical psychologist & NUIG lecturer. The Little Book of Sound is out now, priced €4.95.