The Floating World review: Shelter from the storm

New fiction: An excellent debut charts a family’s chaos in the aftermath of Hurricane Katrina 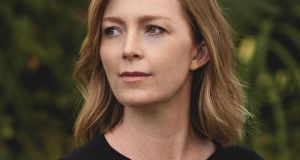 After a summer that saw parts of the the United States battered by multiple hurricanes, there is a timeliness to Morgan C Babst’s debut The Floating World, despite the fact that it charts the aftermath of Hurricane Katrina in New Orleans 12 years ago. The novel tells the story of the Boisdorés, a Creole family whose roots stretch back to the foundation of the state, as its five members struggle to rebuild their life after the hurricane.

While the title pays homage to Kazuo Ishiguro’s novel about the aftermath of war, an epigraph from the Aeneid establishes the novel’s themes of death and rebirth, the new life that grows from destruction. The scale of the ruin is laid bare through Babst’s beautifully clear writing. A survivor of Katrina herself – Babst left a day before landfall – she excels in the details of the wreckage, both natural and man-made: “This evacuation is going to be its own disaster. An empty city is not a safe place.”

This prophecy plays out in various inventive strains through the five members of the Boisdoré family. Matriarch Tess, a cool-minded, upper-class white psychiatrist, and her husband Joe, an artist descended from freed slaves, attempt to pack up their lives before the hurricane hits. Joe’s father Vincent, a furniture maker with dementia, must be helped out of the city. Younger daughter Del is safe and guilt-ridden in her artsy New York world. Older daughter Cora, a depressed and fragile chef, is refusing to leave New Orleans, confident the storm won’t hit. She ignores her parents’ pleas and holes up in their house with her sometime lover, Troy: “They would laugh at the foolishness of all these cowards who’d spent hours in traffic escaping nothing.”

In a clever structure that can sometimes confound, Babst begins with the aftermath of the hurricane before jumping back to the days before the storm hits. This heightens the sense of doom that pervades the novel. The main plot concerns Cora and what she witnessed in the chaos of the storm. The story of Troy’s missing sister Reyna, her two young sons and a Chekhovian gun are delivered to readers in fragments that reflect the shattered landscape of the characters. Death looms large over everything left behind in the city: “They say the trees are going to die. The ones that were underwater. That the roots got choked up and they’re going to suffocate.”

Cora’s descriptions of the storm are initially tinged with excitement – “The air shimmered with burning fuel” – but soon the reality, or unreality, annihilates her: “A faceless woman and her children climbed out of the water through the hole they’d chopped in their roof with an enormous axe, but then they fell, floating limply towards the riverbed, facedown.”

Tragedies of this size only become real to stunned onlookers across the world through the details that emerge. Babst excels at depicting a familiar landscape utterly altered: “Somewhere beyond, dogs howled in chorus, and the sound made the water riffle and the hot air shudder between the surface of the flood and the subflooring above her. . . There was something very wrong with the light. The water, placid, rippled against the trunks of the crepe myrtles along the sidewalk.” It is a modern-day wasteland, brilliantly imagined through Creole culture and imagery.

A native of New Orleans, Babst studied writing at Yale and New York University. Her essays and short fiction have appeared in journals Guernica, the Harvard Review, and the New Orleans Review. The Floating World has echoes of her contemporary, Laura Van den Berg, whose short stories and novel Find Me have a similar disaster-stricken terrain and vibrant prose style.

The individual narratives of the Boisdorés have echoes of Jonathan Franzen’s The Corrections. The tug of family in times of crisis is the book’s heartbeat, as decades of issues rise up with the rancid floodwater that covers the city. Babst gives her characters much less individual air time than Franzen. She chooses instead to switch between them in short sections that, at the beginning in particular, confuse and make for a less intimate experience between reader and character.

A similar issue occurs in the final quarter of the book, where too much flitting between perspectives lessens the overall impact. It is a shame, as some character’s devastations are heart-breaking, not least the maligned father Joe who manages to save his family only to discover he has not really saved very much at all.

In a novel of such outstanding description and empathy, these issues are forgivable. The exploration of internal and external damage is skilfully achieved. All of Babst’s characters are hurting before the storm hits. Landfall unleashes wreckage on multiple fronts and the individual’s plight amid a massive public crisis is vividly rendered. Or as Cora puts it as she wades through the toxic waters of her “unreal” city: “The rain struck her like hypodermics.”