Rebecca Solnit believes unchecked misogyny may be coming to an end

A compelling argument against giving up: ‘The true impact of activism may not be felt for a generation’ 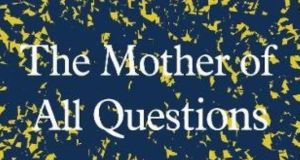 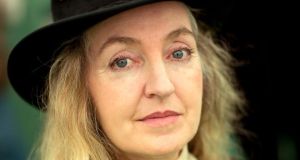 Book Title:
The Mother of All Questions: Further Feminisms

Rebecca Solnit is one of those slow-burning authors. She has been around for a long time but is suddenly found to be speaking to the moment, and thus arrives, a voice already full of wisdom. She is probably still best known for identifying the phenomenon known as “mansplaining”, though she did not actually coin that useful term. What she did was to write about how she and a friend met a man at a party who spoke at length about a book he had read, brushing aside the information offered by her friend that Solnit was familiar with its contents, since she had in fact written it. It is not surprising, then, that this new collection of essays primarily addresses “the many ways women are silenced … including the reciprocal silences we call gender roles”.

Solnit is a campaigner and she has no illusions about the pain experienced by those trying to change a culture. She describes her book as “a tour through carnage” as well as “a celebration of liberation and solidarity”. She rejects both optimism and pessimism for their passivity, believing that “hope navigates a way forward”.

In an essay not included in this selection she has written that “the true impact of activism may not be felt for a generation. That alone is reason to fight, rather than surrender to despair.” In this country, this is something to reflect on for those of us hearing a new generation of young women chanting “get your rosaries off our ovaries” as we did, when in 1983, the Eighth Amendment to the Irish Constitution was proposed and we anticipated that it would spell nothing but disaster.

The Mother of All Questions includes a 2014 essay called Cassandra Among the Creeps, which examines the ways in which women are, like the daughter of the king of Troy, denied credibility so that their prophecies go unheeded, even though, time and again, they prove to be accurate. Solnit points out that Cassandra was not believed because of a curse put on her by the god Apollo after she refused to have sex with him: “The idea that loss of credibility is tied to asserting rights over your own body was there all along.”

Exceptionally erudite, Solnit is aware that many of her ideas are not new. Adrienne Rich wrote in the 1970s that “the entire history of women’s struggle for self-determination has been muffled in silence over and over. One serious cultural obstacle encountered by any feminist writer is that each feminist work has tended to be received as if it emerged from nowhere ... so also is each contemporary feminist theorist attacked as if her politics were simply an outburst of bitterness or rage.”

Nevertheless, like Elizabeth Warren, Solnit persists. As we must. It took more than one woman’s voice to bring down Harvey Weinstein. She reframes core feminist insights with exciting sharpness. Women who aspire to power can’t be too feminine, she writes, since femininity is not associated with leadership, but nor can they be too masculine, since that is not their prerogative. Thus they are forced “to be something impossible in order not to be something wrong”.

Solnit questions absences in societal vocabulary, why acts of violence committed by people of Islamic origin are regarded as terrorism, while mass shootings by white men are often not; why there is no word for the man whose rage at a woman leads him to kill her, their children and others who may simply be bystanders. “Familicide”, she suggests. She makes the important assertion that in terms of public values, “failure of empathy and respect are central, not marginal”. As for the man who does not speak out about acts of violence and discrimination against women that he witnesses – his is a silence that represents “a trade-off for power and membership.”

Although there are occasions when anger leads her to lapse into haranguing rather than argument, Solnit is for the most part wonderfully eloquent and eminently quotable. Those who hate feminism will hate these essays and dismiss them. Those seeking to bring about a culture in which women are respected will find them sustaining and encouraging. It is good to know, too, that through her mother, Solnit is Irish.

Susan McKay is an author and commentator who has written extensively on feminist issues and was one of the founders of the Belfast Rape Crisis Centre. Her essay on feminist activism in Belfast during the 1980s is included in the just-published anthology Female Lines (New Island)