As a God Might Be review: A novel written in good faith 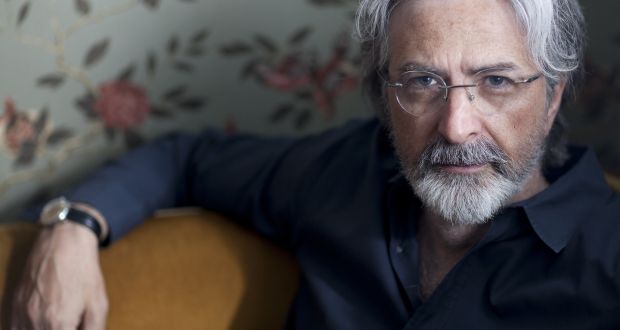 Neil Griffiths: to be praised for his tenacity, his willingness to incite and the readability of his prose

In 1964 William Golding published The Spire, a novel that traced the journey of a dean who believes God has directed him to erect a spire above Salisbury Cathedral. It’s a meditation on faith but also a study of those who question the sanity of believers and, as with all novels that examine our relationship with God, it ends on an inconclusive note, for who can ever profess to know the truth?

More than 50 years later, Neil Griffiths explores a similar concept in As a God Might Be, when middle-aged Proctor McCullough abandons his family to build a church on English common ground. He’s quickly joined by four young misfits – Terry, Nat, Rebecca and Rich – each of whom has reason to escape their daily lives. They arrive early, work hard and although they’re not religious, they have faith in their leader and are committed to seeing the project through to completion.

Placing theology at the core of a novel can be a risky business. Griffiths has written of the difficulties he faced in finding a publisher for this book, stating that one admired it but “as an atheist, materialist and humanist” couldn’t support it, while its focus on religion also appears to have cost him his agent. I’m not convinced there’s any subject matter that alienates publishers as long as the material is presented in a thoughtful and original manner, and such assertions can come across as a little self-aggrandising. Recent novels by Michel Faber, Sarah Perry and Thomas Keneally, for example, have considered church doctrine and spirituality and all found a wide readership, while Richard Beard’s Lazarus Is Dead and Acts of the Assassins have been acclaimed for their unorthodox interpretation of biblical stories.

Although Griffiths’ novel is less metaphysical than any of these, he explores his theme with a commitment that is both interrogative and passionate. Mac is a complex creation, uncertain why he feels compelled to build his church and unable to answer his critics, who fear he has simply gone insane. Many of the best scenes take place when he’s in discussion on site with his four disciples, moments that never descend into turgid debates but are authentic dialogues with each character striving to understand the place of the divine in a mortal world.

There are sharp distinctions drawn between the curiosity of the young and the disillusionment of their parents. Mac’s own peer group are a dislikable lot, arrogant and preening, while his youthful workers search quietly for meaning through hard labour.

If there’s a problem with the characterisations, however, it’s one that afflicts the work of so many male novelists: the depiction of women. Rebecca, the only girl in the crew, is constantly defined by her beauty and her sexual relationships with men. When she is annoyed by the romantic attentions of Rich, for example, Mac consoles her by saying that her presence has allowed the boy to get in touch with his heart, suggesting that God “places women like you around the world to do this very job”. I’m not privy to what God’s thoughts were when he removed Adam’s rib but I doubt this was top of his agenda.

Similarly, Holly, Mac’s wife, is portrayed as unsupportive, despite her husband quitting his job, spending their life savings and abandoning her with two small children, one of whom is autistic. ‘The terrible truth for Holly was that if she really loved him – loved him at his deepest – she would understand that he was always going to have done this,’ we are told. I’m not so sure about that either.

The questions of faith that lie at the heart of the novel, however, are well-argued, and it’s hard not to be drawn in by both Mac’s convictions and his doubts. Griffiths does not seek to convert the reader and if, at times, it feels that there’s a lack of a dedicated philosophy at the novel’s foundation, it’s perhaps all the better for that. It leaves one examining one’s own beliefs, and it’s not unreasonable that serious literature should provoke such a response.

Despite the novel’s length – 600 pages – the pages turn quickly, for Griffiths is a skilful storyteller and his creations remain interesting throughout. A horrific act of violence in the last third of the book gives it an unexpected boost at a crucial moment, leaving each character questioning whether, as one suggests, Mac is a “menace”.

As a God Might Be – the title is taken from a Wallace Stevens poem – is a provocative and challenging work. The breadth of its scope makes one hesitant to be critical but I came away feeling that, for all its earnestness and insight, it’s not quite as powerful as it hopes to be. Emma Donoghue’s recent novel, The Wonder, for example, examines similar themes of faith and does so in a far more economical and stimulating manner. But, comparisons aside, Griffiths is to be praised for his tenacity, his willingness to incite and the readability of his prose.