Management by numbers doesn’t add up 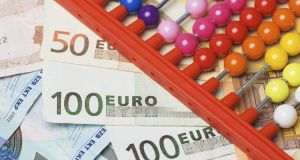 There are so many things that can be measured these days which makes it easier than ever to focus on metrics rather than judgments.

“If you can’t measure it, you can’t manage it” goes the familiar advice often attributed to the American management consultant and educator Peter Drucker.

Metric-driven management has become a corporate touchstone, particularly in big, multinational public companies that have been using cost-cutting measures to slice the fat off their profit and loss sheets for years.

But I have long wondered if management by numbers – popularised in the 19th-century in America by Frederick Winslow Taylor, a mechanical engineer who used to stand over factory workers with a stopwatch to make sure they were doing each task as efficiently as possible – wasn’t the ultimate in penny-wise, pound-foolish thinking.

The current crisis at Boeing would seem to indicate this. Airbus is on track to overtake the US aircraft maker as the world’s biggest plane maker thanks to the grounding of the Boeing 737 Max aircraft after two separate crashes involving the plane.

There were many factors behind the disaster, but an important one seems to be risk-taking at Boeing in order to maximise profit. The plane maker has been criticised for outsourcing work to engineers who were paid just $9 an hour, charging extra for certain safety features, and rushing the aircraft to market sooner than might have been wise in order to try to nab business that might otherwise have gone to Airbus.

If that’s the case, it wouldn’t be the first time for Boeing. The company already had a problematic history with its Dreamliner. In 1997, a merger with McDonnell Douglas, a more financially oriented company, put pressure on Boeing to cut costs. That resulted in a hugely complex supply chain that looked cheap on paper but resulted in all sorts of delays and cost overruns.

At least it didn’t turn into natural disaster.

That is the legacy of California energy utility Pacific Gas & Electric, which, according to a Wall Street Journal investigation, knew for years that hundreds of miles of its power lines needed upgrading, lest they fall and spark fire. The company reportedly decided not to invest the money to do so. Now, following the failure of a century-old transmission line, which started a massive wildfire that killed 88 people, PG&E is facing more than $30 billion in potential legal claims and has filed for bankruptcy protection.

These are only the most recent cases. Many of General Electric’s continuing problems stem from its former chairman and chief executive Jack Welch’s management-by-numbers era. On his watch, the company turned away from its core businesses and towards financial engineering.

General Motors’ ignition switch crisis of 2013-2014, which at first looked to be the result of a bad decision on the part of a single engineer, also has its roots in a period of extraordinary budget-slashing in the 2000s. As one engineer put it in a report to the GM board on the crisis, cost control permeated “the fabric of the whole culture”.

GM certainly wasn’t alone among carmakers. I remember the day, several decades earlier, that my mother got rid of our Ford Pinto after it was revealed that the cheap, subcompact car would burst into flames when hit from behind. The company had known early on that the Pinto had safety issues, but the cost/benefit analysis found that fixing the problem in a recall would be more expensive that the estimated expense of compensating customers for any injuries and deaths. Ford kept it on the road.

I could go on. In fact, my book Makers and Takers examined the rise of management by numbers, a trend put on steroids from the 1980s onwards, thanks to the theory of “shareholder value”. This preaches that executives should worry about nothing so much as the share price of their companies, which is, of course, always boosted by the same cost-cutting that can end up being so pricey in the long run.

One could argue that we are at a turning point. The rise of socially responsible investing; more focus on corporate governance; younger consumers who care about the values of the companies that make the products they buy; the rise of emerging market corporate giants that don’t have the pressures of quarterly capitalism: they all run counter to the management by numbers trend.

And yet I fear that the era of Big Data could exacerbate the situation. There are so many things that can be measured these days – the number of readers that have reached this point in my column, for one example – which makes it easier than ever to focus on metrics rather than value judgments (in this case, was it good journalism?).

The two measurements aren’t always in opposition, of course. But in a data-driven world, we seem to build our arguments according to the former, and if the most recent corporate crises are any indication, that’s generally to the detriment of the latter.

I suspect the focus on bean counting will only grow as equity returns and profit margins tighten, which they surely must in the next year or two. But even in the face of such pressure, wise chief executives and board members should think hard before they look to financial engineering to save them. Management by numbers is, ultimately, a shell game. The costs – real, reputation and moral – aren’t worth it. – Copyright The Financial Times Limited 2019

1 Michael Smurfit: ‘I asked Trump to invite me to the White House for my 80th birthday’
2 ‘I’m so lucky to be in the Caribbean – a million miles from Derry Girls’
3 Small businesses are cannon fodder in zealous anti-virus experiment
4 Irish business of Carluccio’s restaurants to be wound up
5 Four things that could help Ireland escape from the Covid-19 recession
6 Tax and the Pandemic Unemployment Payment: Your questions answered
7 ‘The recovery needs to be a full-scale economic renewal’
8 Household savings soar as consumers stop spending
9 Investor alleges fraud over collapse in property fund value
10 How to . . . move (almost) everything to your new phone
Real news has value SUBSCRIBE