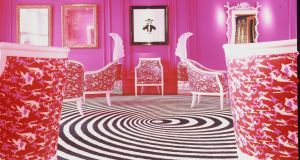 Galway’s G Hotel is set for a refurbishment.

Irish hotel group Choice Hotels said on Tuesday that it has agreed a management contract with the owners of two Galway hotels, including the five star G Hotel, and is finalising the acquisition of a third Dublin hotel, the Waterside House Hotel in Donabate. The move will bring the group’s portfolio up to nine.

“This will involve significant spend on the G Hotel, the Meyrick, an upgrade at Croydon [IN THE UK]and we will be re-positioning the Waterside House Hotel as a boutique hotel on the beach in Dublin after a major refurbishment this year,” he said, adding that the hotel group “will continue to pursue opportunities both in Ireland and in the UK as they arise”.

It’s understood that the group may also look to change the name of the Meyrick hotel in Galway.

The G Hotel and the Meyrick were previously controlled by developer Gerry Barrett, and entered into examinership last summer, at which time Choice Hotels were appointed as administrators. The hotels, as well as the Eye cinema, exited the examinership process on December 21st, following an investment from Waltzfire, a vehicle backed by asset manager Alanis Capital.

Choice Hotels has had its eye on expanding in Galway for some time now, and taking over the running of the G Hotel and Meyrick wil bring the group’s number of bedrooms in Galway City to 250 rooms, after the company’s recent purchase of the boutique House Hotel in Galway’s Latin quarter late last year. The company will now employ over 400 people in Galway.

Choice Hotel group’s portfolio of hotels also includes Hotel Woodstock in Ennis, Co. Clare, The Montenotte Hotel, Cork, and the Croydon Park Hotel, London. While it has management contracts for most of them, it owns Hotel Woodstock, the House Hotel and will imminently own the Waterside Hotel in Donabate.

Choice Hotel Group is an Irish owned and managed operating company employing just over 840 people. It is affiliated with Choice International, a group which covers 6,500 hotels globally, including hotels operating under the Quality Inn, Clarion and Comfort Inn brands.