Up to 1,300 hotel rooms expected for Dublin this year 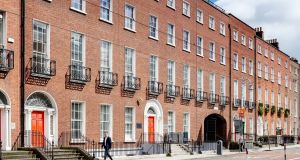 The 6 per cent increase in Dublin’s room supply includes a number of new openings like the Iveagh Garden Hotel on Harcourt Street, the Devlin Hotel in Ranelagh, and the Clayton Charlemont near the Grand Canal in Dublin.

However, trading performance, measured by JLL in revenue per available room, is expected to grow by 5 per cent this year, down from 7.8 per cent in 2017.

Despite the slowdown in growth, Dublin’s hoteliers have reason to be positive as the city centre now achieves “one of the highest occupancies in Europe”, currently at 84 per cent.

“Whilst these figures are fantastic for the industry, the biggest challenge facing the Irish hotel market is Brexit. Ireland is experiencing a decline in UK visitation, and UK demand may weaken further as the British consumer faces into higher inflation and economic headwinds in 2018,” said Dan O’Connor, senior vice-president of hotels at JLL.

In terms of investment opportunities in the hotel sector, JLL suggested that both Galway city centre and Dublin airport were ripe for growth. The group singled out Galway as its status as the European Capital of Culture in 2020 approaches, while it said Dublin airport was undersupplied in terms of hotel rooms as it experienced “unprecedented levels of passenger growth”.

On the other end of the spectrum, the property group suggested that Dublin city centre presented a good opportunity for hoteliers seeking to sell, “with hotel values now firmly in excess of €400,000 per key for prime Dublin city centre”.