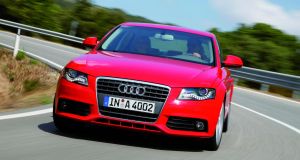 Audi accepts the fine and will not lodge an appeal against it, the company said.

German premium car brand Audi, a division of Volkswagen has agreed to pay an €800 million ($927.12 million) fine on Tuesday for its role in the diesel-cheating scandal that has disrupted the car industry for more than three years and landed Audi’s longtime leader in jail.

“Considering these special items, the Audi Group will significantly undercut major financial key performance indicators forecasted for the fiscal year 2018,” the company said in a regulatory statement. Parent Volkswagen warned its earnings would also be affected.

Audi accepts the fine and will not lodge an appeal against it, the company said. By doing so, it said it admits its responsibility for the deviations from regulatory requirements.

The penalty consists of the maximum fine of €5 million and the seizure of €795 million in profits the company made selling rigged engines, Munich prosecutors said in a statement.