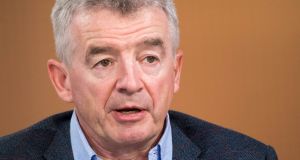 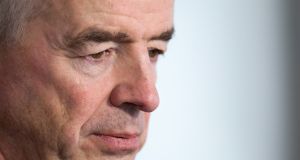 Ryanair chief executive Michael O’Leary said on Tuesday he was “hopeful and optimistic” that industrial relations issues would not damage the airline further this year after strikes contributed to a rare profit warning last week.

Europe’s largest low-cost carrier cut its full-year profit forecast by 12 per cent on October 1st and warned that worse may follow if recent strikes across Europe continue to hit traffic and bookings.

In an interview with Reuters in Brussels, Mr O’Leary said management was making progress in talks with unions and was hopeful there would not be a further financial hit this year although there is “always a risk.”

“I am hopeful and optimistic that we are making real progress with the unions and that we won’t have any further damage to the business this year,” Mr O’Leary said.

“But the airline industry is under significant pressure. The oil price is now up at $85 ... it’s not a good time for unions to be creating disharmony.”

Asked about comments by Ryanair management during an October 1st analyst conference call, quoted by Barclays, that the airline was working to resolve all union deals in the next three to five months, Mr O’Leary said: “I don’t think it is helpful to put a timetable on it.”

Mr O’Leary pointed to breakthroughs in talks with unions in Ireland and Italy and said Ryanair “hopes to make similar progress in other countries in the coming months.” – Reuters