Is the PC finally cool again?

Weblog: Has Apple taken its eye off the ball and fallen behind the PC when it comes to desktops? 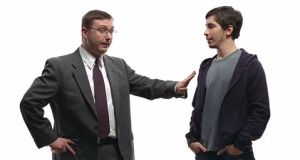 Are you a PC or are you a Mac?

Remember those “I’m a PC, I’m a Mac” ads circa 2006? They convinced an entire generation that Apple didn’t just do quality products, they were also sexy as hell. Well, developer and former Mac obsessive Owen Williams tells the world why he switched to PC: style, he says, has slowly been winning out over substance.

“Their hardware is underpowered, focusing on thinness and a gimmicky touch bar rather than power or functionality, the previous tent poles of the Mac,” claims Williams.

The iPhone and iPad continue to impress but Apple, he says, has left the desktop behind. Once a beast, the Mac is now the neglected older child as Apple pours its love into mobile. Meanwhile, thanks to chief executive Satya Nadella, Microsoft has moved on from Windows 8 and is making machines developers want. With desktop sales down in 2016 and predicted to continue in decline in 2017, does it even matter anymore?