Why you feel compelled to check your smartphone

Web Log: Addictive social media use linked to an imbalance between two systems in brain 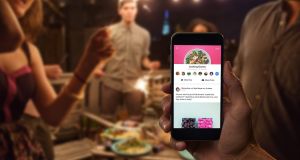 A slight increase in problematic social media use translates into significant grade loss for students.

If you find yourself compulsively checking Facebook, Snapchat or Twitter many times a day, especially when carrying out other important tasks such as driving, on a phone call, in a work meeting or when you are pretending to listen to your significant other, it may be because you have an imbalance between two systems within your brain.

Neuroscientists theorise a dual system at work in the brain when we make decisions: one that automatically and often subconsciously responds through habit to triggers such as a Facebook message alert; and the one that makes rational decisions based on reasoning and weighing up options.

A stronger tendency towards the former system results in poor impulse control, which is bad news for smartphone users who have a multitude of distractions at their fingertips.

1 Should I switch bank now with Ulster Bank at risk of closing?
2 In this strangest of recessions, what happens next for Ireland?
3 Overhaul of lease arbitration regime would be a game changer for retailers
4 Irish company to test vaccines on volunteers deliberately infected with Covid-19
5 Fortnite owner signs multimillion deal to buy Irish ‘kidtech’ firm
Real news has value SUBSCRIBE