Washington lobbyist leading the push to break up corporate monopolies 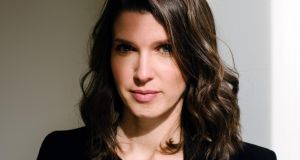 One night five years ago, Sarah Miller, a former US treasury department aide, was trying to make sense of an economic recovery that had left the country in the grip of rising inequality.

Thinking back to recent news articles about corporate mergers, she Googled “monopolies in America”. Her screen filled with links to articles detailing a nascent school of thinking that corporate concentration was to blame for inequality, and that a century-old approach to antitrust laws could help solve it.

As she read more, she felt she had found the absent piece of a puzzle. “This is probably a big deal,” Miller, now 37, remembered thinking.

It is now common to hear Democratic presidential candidates argue that tech companies such as Facebook and Google are too powerful. The Trump administration, too, is investigating whether those businesses, as well as Apple and Amazon, have violated antitrust laws.

Miller has been central in making the issue prominent. From her one-time seat as the deputy director of the Open Markets Institute, a research and advocacy group focused on antitrust, she spent three years as a thorn in Silicon Valley’s side, guiding a coalition of liberal groups that demanded federal officials break up Facebook.

Now there’s opportunity to ratchet up the pressure on policymakers even more, Miller said. So she left Open Markets at the beginning of this year to lead the American Economic Liberties Project, a new organisation dedicated to pushing government to confront corporate concentration.

The organisation is aiming to spend $3 million in its first year, funded by philanthropic organisations including the Omidyar Network, linked to eBay founder Pierre Omidyar.

Miller is part of a broader movement among those on the left targeting corporate power, which is reaching a pivotal moment as Democratic presidential candidates such as senator Elizabeth Warren of Massachusetts call for the breaking up of the tech giants.

Riding that wave, Miller and her fellow activists have an ambitious goal: to rewire the US economy by targeting the biggest companies in many industries, from tech to agriculture to medicine.

“The conversation about concentrated economic power is now firmly established within the political narrative and the elite media narrative,” she said. “We’re in a position where we need to start seriously crafting regulatory and policy responses to specific problems, specific markets, specific corporate actors.”

American antitrust policy has long placed the interests of consumers above those of smaller rivals – often as measured by what a product costs – a restrained approach that has allowed companies to grow into trillion-dollar giants. But that consensus is shifting among economists and policymakers.

Still, Miller and her colleagues are threading a narrow political needle. The push for bold antitrust action faces resistance from many on the right, who argue that people such as Miller exaggerate the problem they identify – and demand excessive solutions.

“The claim that across the board you’re seeing a diminution of competition in our economy because of lack of antitrust enforcement is overstated,” said Daniel Crane, a professor at the University of Michigan’s law school. He added that “breaking up existing companies is not a great way to start” or “terribly feasible from a legal perspective”.

The antitrust movement also has to build more support on the left. K Sabeel Rahman, president of Demos, a progressive think tank, said the antitrust movement needed “a much better articulation of what the links are between concentrated corporate power and questions of racial equity and racial justice”.

But she concurred with those on the left that making racial justice a part of the call for antitrust reforms was vital. She said her new group would engage in conversations “with groups that look at work through a civil rights lens” as it tapped into a populist anger that emerged from the financial crisis of 2008.

Miller spent 2010 to 2012 working for the treasury department as it managed the recovery. She said she had found herself “confused” and “dissatisfied” by what she saw as the department’s failure to help homeowners while shoring up big banks.

“A lot of the values that I’d seen, I didn’t share with people in positions of power there,” she said.

Her political education began before the crisis, on Hillary Clinton’s 2008 presidential campaign. After Clinton dropped out of the race, Miller was hired by John Podesta, the Democratic power broker who was leading the Center for American Progress, one of Washington’s most influential progressive groups.

There, she met her eventual husband, Faiz Shakir, who was running the organisation’s blog, ThinkProgress. Podesta officiated at their wedding. Shakir now manages the Democratic presidential campaign of senator Bernie Sanders.

In 2015, Miller’s nighttime Google search, made after reading about corporate mergers, led her to the work of Barry Lynn.

A former reporter, Lynn had argued for years that corporate consolidation, urged on by conservative economic policies, was harming Americans – and that antitrust law was the solution. By 2015, he was running a programme at New America, a progressive think tank. Miller got in touch with him.

She joined his team in 2017, as Lynn’s programme was becoming independent and was renamed the Open Markets Institute. It now brings in millions of dollars in funding a year and has been credited for an outsize role in putting antitrust on the map.

The movement had already become adept at producing influential journalism and research, and had built some relationships with policymakers. Miller brought more muscle to the organisation’s public campaigning, helping to lead an anti-Facebook coalition.

The coalition, called Freedom From Facebook, bought an ad in 2018 in the Massachusetts Institute of Technology’s campus newspaper when the social network’s chief operating officer, Sheryl Sandberg, delivered the institution’s commencement speech. It protested against a company executive at a congressional hearing. At one point, a Facebook consulting firm distributed opposition research suggesting that the campaign was funded by financier George Soros.

Lynn said Miller’s new group was an outgrowth of that public outreach work – and part of the broader efforts to build a long-term movement to critique corporate power.

Miller and her colleagues at the American Economic Liberties Project are now looking for any opportunity to translate the attention on corporate concentration into sustained momentum for their cause. They hope to organise small businesses harmed by big companies, build links between concentration and national security issues and help a potential new Democratic administration staff up.

The team includes Matt Stoller, a longtime Open Markets fellow who has focused his writing – and sometimes pugilistic Twitter persona – on the monopoly issue.

Last month, Miller met with roughly half a dozen members of her staff in a WeWork conference room, about a block from the treasury department, to prepare to publicly launch their group. A spreadsheet, displayed on a television screen, showed the projects the team had in the works.

One staff member suggested highlighting how the coronavirus outbreak would strain highly concentrated medical supply chains carrying goods from China to the United States. Another updated the group on proposed federal guidelines for evaluating mergers and other activity at the justice department and the Federal Trade Commission.

Eventually, the conversation turned to a report the group was producing: a series of graphics showing that different brands of a certain product – or coffee – were, in fact, owned by a small number of conglomerates.

The graphics represented the group’s hope that people will understand how concentration affects their lives – and be moved to do something about it.