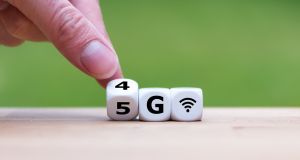 The Finnish network-equipment vendor posted adjusted earnings per share of €0.15 in the fourth quarter, higher than the €0.13 analysts surveyed by Bloomberg had expected on average.

The improvement in earnings reflects progress on the company’s cost savings programme, though lower gross profit, particularly within the mobile access part of the company’s network division, was a drag on the results.

Though operating profit of €1.13 billion exceeds the Bloomberg consensus estimate of €1.09 billion, the company remains under pressure after it slashed its outlook in October and faces the challenge of reducing costs for making equipment to upgrade networks to 5G from 4G.

Nokia warned that, excluding China, its addressable market is likely to be stagnant this year compared with 2019, and that pursuing market share in China would challenge profitability – meanwhile, rival Ericsson has been aggressive in trying to expand there.

“We have faced challenges in Mobile Access and in cash generation,” chief executive Rajeev Suri said in a statement. “While I believe that 2020 will present its share of challenges, I am confident that we are taking the right steps to deliver progressive improvement over the course of this year and to position us for a stronger 2021.”

Handelsbanken analyst Daniel Djurberg said the fact that Nokia met its 2019 target and kept the guidance for 2020 unchanged should yield a positive reaction. He also highlighted “very solid cash flow” and said that shares could gain as much as 10 per cent on the report, considering they have lost a about a third of their value in the last 12 months.

Nokia shares have gained about 6 per cent since the start of the year to Wednesday, buoyed by analyst upgrades.

Nokia employees say management has been distracted by internal politics as it struggles to integrate Alcatel-Lucent following its takeover in 2016.

The departure of chairman Risto Siilasmaa and chief operating officer Joerg Erlemeier were both announced in the wake of the October profit warning, stirring speculation about deeper changes at the company. – Bloomberg

1 Coronavirus: Irish holding back on holiday plans
2 Bank leaked my loan request to family who tried to rip me off
3 Eason acquires rival Dubray Books for undisclosed sum
4 When the Chemistry no longer works – the closing of a leading Irish ad agency
5 Solar panels: Are they worth the investment?
Real news has value SUBSCRIBE