Irish fintech gets a boost as Revolut moves to Dublin

As many as 7,000 people working in the fintech sector, including some great start-ups 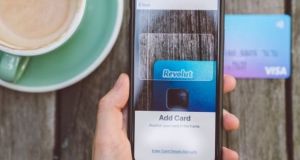 Revolut this week announced plans to double its Irish headcount

The Irish fintech sector continues to blossom of late, boosted by a number of companies who have established operations here primarily as a hedge against Brexit.

Earlier this week, Revolut announced plans to double its Irish headcount as it looks to shift responsibility for its European payments from London to Dublin and Lithuania. A few days earlier, Coinbase, a digital currency exchange whose backers include Spanish bank BBVA and the New York Stock Exchange, said it was establishing a second Irish entity to target institutions across Europe.

These companies join a host of others, including the likes of Italian-founded but London-headquartered Soldo, in putting more feet on the ground in Dublin.

While Brexit may be a key reason for these companies to consider the Republic as an alternative base, the fact that there is a thriving indigenous fintech sector has also helped, a fact not lost on IDA Ireland.

It is fair to say that we are more than holding our own in fintech with companies such as Fexco and Monex leading the way. They have been followed by businesses such as Fenergo, Transfermate, CurrencyFair, who have also made waves. Also, wooing the market are start-ups including AQMetrics and AssureHedge.

That the sector is causing interest is evident in the number of venture capital companies focusing on Ireland. Early last year, Finch Capital, an early-stage VC with offices in Amsterdam, London and Singapore, confirmed plans to invest up to €20 million in Irish fintechs. More recently, Middlegame Ventures, an investment firm that recently closed a new €150 million fund, has been targeting fintechs, in part through its NadiFin accelerator, which jointly runs in Dublin and Luxembourg.

As many as 7,000 people are estimated to be working in the Irish fintech sector, according to Enterprise Ireland, a figure that grows by the day.

The company that is perhaps doing the most to wave the flag for Irish fintech expertise is Stripe, the payments group founded by Limerick-born brothers Patrick and John Collison. A leading analyst earlier this week suggested the company is ripe for an initial public offering.

Whether that happens or not, there’s no doubt that fintech is an area in which the Irish are blazing a trail.