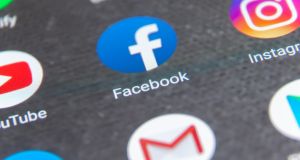 The Federal Trade Commission has demanded information from the five largest US companies - Alphabet, Amazon, Apple, Facebook and Microsoft - about acquisitions of smaller companies as part of a review into possible anti-competitive behaviour in the technology sector.

The US antitrust enforcement agency wants to know if the tech groups bought start-ups in deals during the past 10 years that may have been anti-competitive but which were too small to be reportable under a federal merger notification law.

A reduction in the “quality of data security afforded consumers” was one potential harm from anti-competitive tech deals cited in a document issued by the agency on Tuesday. The FTC also flagged an interest in “employment clauses” implemented as part of acquisitions.

“This initiative will enable the commission to take a closer look at acquisitions in this important sector, and also to evaluate whether the federal agencies are getting adequate notice of transactions that might harm competition,” Joseph Simons, chairman of the FTC, said in a statement.

Under a US law called Hart-Scott-Rodino, companies are required to notify the FTC and the Department of Justice about mergers and other acquisitions above a certain size threshold. The threshold for 2020 is $94 million (€86 million).

The FTC said the orders were made under a rule designed to enable studies separate from antitrust enforcement investigations. “These orders are not being issued for law enforcement purposes,” Mr Simons told reporters in a conference call. “This is a research and policy project.”

The orders issued on Tuesday require the five companies, the largest listed companies in the US by market value, to hand over “information and documents on the terms, scope, structure, and purpose” of transactions from the start of 2010 through to the end of 2019 that had not been reportable under HSR.

The FTC also demanded a broad range of information about “corporate acquisition strategies, voting and board appointment agreements, agreements to hire key personnel from other companies, and post-employment covenants not to compete”.

The information requested included details on “post-acquisition product development and pricing, including whether and how acquired assets were integrated and how acquired data has been treated,” the FTC said.

The commission has previously indicated its interest in buyouts of nascent competitors as an area of focus as it explores potential anti-competitive behaviour in the tech sector.

In September 2018, Mr Simons pointed to takeovers of start-ups as a type of conduct that could significantly harm competition. “We are going to be spending some time and resources thinking about these difficult and important issues,” he said at the time. – Copyright The Financial Times Limited 2020