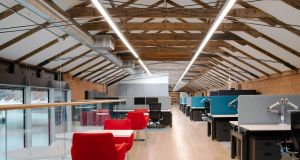 Tenable has opened new offices in the Dublin Docklands 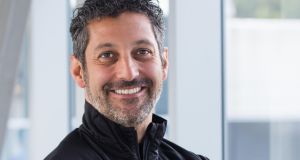 US cybersecurity firm Tenable is to create 100 jobs in Ireland as it officially opens its new international headquarters in the Dublin Docklands.

The Maryland-headquartered software company, which was founded in 2002, has more than one million users and over 21,000 customers worldwide, including the US Department of Defense.

The privately held software company raised $250 million (€229 million) in a Series B funding round in late 2015 with investors including Insight Venture Partners and Accel. This is a record sum for a cybersecurity firm. Accel previously invested $50 million in the firm in a 2012 Series A round.

The Dublin office opening comes on the heels of record results for the company, which increased its EMEA headcount by 76 per cent in 2016.

“Tenable is a fast-paced, innovative security company, so it’s only natural we chose Dublin, a city known around the world for its tech talent, as the home of our first international headquarters,” said Mr Yoran.

1 Citigroup warns that markets are out of step with reality
2 Should my mam wait for house prices to drop before buying?
3 Chris Johns: Past is another country when it comes to our post-pandemic future
4 US ‘hard seltzer’ drink White Claw launches in Ireland
5 ‘I’m so lucky to be in the Caribbean – a million miles from Derry Girls’
Real news has value SUBSCRIBE