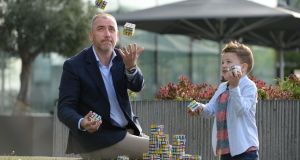 Charity event “Techies4TempleStreet” hopes to raise more than €200,000 for the children’s hospital.

The July 7th event, organised by Temple Street Hospital and partnered by Zendesk, involves teams from the business and tech communities trekking across Dublin city centre to find “treasure” and complete challenges along the way. Since the first event in 2015 the initiative has raised more than €400,000 for Temple Street and those funds have been used to provide equipment and services for the hospital.

The event is a great opportunity for smaller companies, according to software entrepreneur Ray Nolan. “The treasure trail is an excellent opportunity to mingle with some of the largest multinationals in the country, including Facebook, ” he said.

Cybersecurity company Corvil is the reigning champion, having won both the 2015 and 2016 competitions.