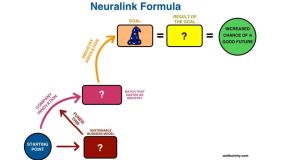 Back in 2015, Tim Urban, the writer behind popular blog Wait But Why, began a series of posts on Elon Musk’s companies including Tesla and SpaceX. Soon after, he was contacted by the man himself, who said he appreciated Urban’s interest and would like him to write some more about his ventures.

Since Musk announced ambitious plans for his medical tech research company Neuralink, many have been waiting with bated breath for a Wait But Why take on machine-brain interfacing. Urban’s report is a (very) long but worthwhile read that includes a primer on the evolution of human consciousness and cognition, and the interview sees Musk describe Neuralink’s technology as “consensual telepathy”.

Musk tells Urban that he interviewed more than 1,000 people before he assembled the Neuralink team, which includes a neurosurgeon, engineer, robotics expert and a researcher who implants BMI’s (brain-machine interfaces) in birds. The end goal is to produce micron-sized implants that could help, for example, a stroke patient to communicate.