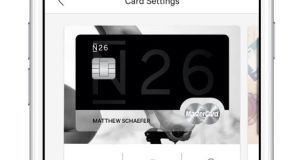 European fintech start-ups Revolut and N26, which are both gaining customers fast in Ireland, are continuing to steal a march on traditional banks with the rollout of new services.

Revolut, a London-based app-based banking alternative that has signed up 1 million customers globally since July 2015, this week updated its platform to allow users to buy, sell and hold cryptocurrencies including bitcoin, litecoin and ether directly from within its platform in 25 base currencies.

It said more than 10,000 customers had signed up to trial a beta version of the new service in just six days.

“Despite being one of the hottest trends in the world right now, getting exposure to cryptocurrency has notoriously been time consuming and expensive. We’re going to open up cryptocurrency exposure to everyone, faster than any other platform on the market,” Revolut founder and chief executive Nikolay Storonsky said.

“By allowing our customers to seamlessly buy, hold and sell cryptocurrency, we are living up to our reputation of being a disruptive innovator in the world of finance. Cryptocurrency exposure has consistently been the number one requested feature from our customers and so we listened and took action,” he added.

The company, which says it is currently signing up between 3,000 and 3,500 new users every day, has recorded over 42 million transactions with a total transaction volume of $6.1 billion (€5.1 billion).

Revolut recently applied for a European banking licence and is building its own in-house payment processor as it seeks to roll out the world’s first global banking app.

The company, which claims over 500,000 customers across Europe, including about 10,000 in Ireland, is initially making the NFC-enabled card available to users in Germany, Austria, France and Italy but intends to roll it out to other countries in 2018.

The start-up says it is gaining between 1,500 and 2,000 new users per day, and expects to have tripled customer numbers within the next two years.

Other European competitors in the space include Monzo and Starling Bank, which was founded by former AIB executive Anne Boden.

Starling recently received approval from the Bank of England to operate in Ireland under the European Union’s passporting arrangements.