Profits and turnover rise at Irish unit of chipmaker Xilinx 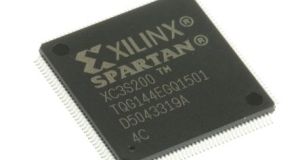 Xilinx Ireland is the group’s primary component supplier for markets in Europe, the Middle East and Africa

Xilinx Ireland is the group’s primary component supplier for markets in Europe, the Middle East and Africa (EMEA).

The semiconductor maker, which currently employs about 350 people in the Republic, established its EMEA headquarters in Dublin in 1995. It also runs a research and development (R&D) operation in Cork and has a small facility in Belfast employing 30 engineers.

It announced plans to hire an additional 100 employees in Dublin and Cork last month as part of a $40 million (€33.9 million) investment to support its R&D and engineering work for advanced technologies and products, including the application of artificial intelligence (AI) and machine learning in areas such as 5G, the Internet of Things (IoT), embedded vision and cloud computing.

The latest accounts for the company show its net operating expenses declined by 6.3 per cent last year to $75.9 million (€64.3 million) due to a decrease in distribution costs.

R&D spending as a whole accounted for 29 per cent of operating costs compared to 26 per cent in the previous year.

1 How long can Government afford to keep State pension age at 66?
2 Liam Neeson among new investors backing €100m Ireland Impact fund
3 How on earth do we the calculate the cost of Level 5 for the Irish economy?
4 Brexit: UK and EU agree to intensify talks in rush for deal
5 House prices rise by 4.3% amid lifting of Covid-19 restrictions, report says
Real news has value SUBSCRIBE