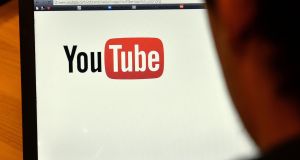 Fire TV will lose YouTube on New Year’s Day, while the app has already been blocked on Echo Show. Photograph: PA Wire

Google is withdrawing its popular YouTube app from Amazon’s smart speaker and video streaming devices, marking the latest skirmish in a rare public battle between the tech titans that are increasingly butting heads over TV and gadgets.

Google, which is owned by Alphabet, said on Tuesday that the decision to block YouTube from Echo Show and Fire TV was due to a “lack of reciprocity” from Amazon, and followed failed attempts to reach an agreement over mutual access to products and services for customers of both companies.

Amazon said Google was “setting a disappointing precedent by selectively blocking customer access to an open website,” but said they hoped to resolve the dispute.

Fire TV will lose YouTube on New Year’s Day, while the app has already been blocked on Echo Show.

The two companies are selling competing gadgets that connect users’ TVs to the internet. Google’s device is called Chromecast and has 36.9 million US users, according to research company eMarketer, while Amazon’s Fire TV has 35.8 million users in the US.

But YouTube is a heavy piece of leverage for California-based Google. The original video streaming site gets the attention of more than 95 per cent of people that stream videos, says eMarketer, although viewers may use more than one video service.

Google and Amazon have already clashed over YouTube once this year. Google cut off YouTube from Amazon’s Echo Show in September, saying that the way Amazon was showing the video app was “creating a broken user experience”. Viewers could still watch YouTube through a web browser, but this time Google has put a stop to that workaround.

However, Amazon’s command of online shopping - eMarketer estimates it has 44 per cent of the US market - is a threat to Google’s sales of other gadgets such as its Nest connected home products. Since the initial YouTube squabble, Amazon has stopped listing some Nest products.

“If you are looking for something to buy, you are more often than not looking for it on Amazon,” said Mr Schmidt.

Amazon and Google are also competing in cloud computing as well as the market for home assistants - Amazon’s Alexa versus Google Home.

There have been deals between big tech companies in the world of smart assistants. In August, Amazon teamed up with Seattle neighbour Microsoft to allow their Alexa and Cortana digital assistants to communicate and work together across a range of devices.