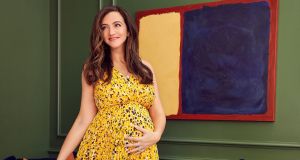 Rent the Runway, a US fashion company recently valued at $1 billion (€890 million), is to open a technology centre in the Republic of Ireland shortly.

The company, which was established by Jennifer Hyman and Jenny Fleiss in 2009, is seeking to disrupt the $2.4 trillion (€2.1 trillion) global fashion industry by enabling women to rent, rather than buy, designer outfits for events such as weddings.

Rent the Runway, which was last year ranked by CNBC as the ninth most disruptive company in the world, has more than 11 million members and estimated revenues of over $100 million (€88.5 million).

It carries designer apparel and accessories for rent from over 600 designers, which are made available via a subscription service. Members pay $89 (€79) a month for a maximum of four items while an unlimited option is available for $159 (€141).

The company last week said subscriptions were up 160 per cent year-over-year last autumn and winter.

In addition to its online offering, Rent the Runway also has five retail stores in the United States.

Rent the Runway, which established an Irish subsidiary in January, confirmed plans to open a technology hub in the Republic but did not offer details on how many people it expects to employ locally.

Rent the Runway recently became a so-called “unicorn” last week, meaning it is now valued at $1 billion, following a new funding round.

The company has used funding to rapidly scale its disruptive and growing subscription business and proprietary reverse logistics technology.

“Shared, dynamic ownership is a movement that Rent the Runway has pioneered over the last decade and we’re excited to continue to lead the market and innovate our subscription service,” said Ms Hyman, the company’s chief executive.

She was reported by Bloomberg last week as having no plans to expand into other markets outside the US as yet, despite the opening of the centre in Dublin.