Latest AirPods allow you to give Siri a shoutout 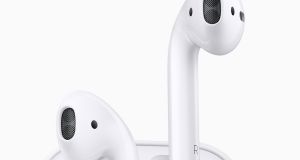 We’ve all got used to the Apple cycle of releases, so it was somewhat of a surprise to find that the company had unveiled a few new products last week with minimal fanfare. They included a new version of its wireless headphones. When Apple did away with the headphone jack on its iPhones, it introduced the AirPods, bluetooth headphones that also work with the company’s digital assistant, Siri. The latest version of the AirPods not only squeeze in an extra hour of talk time, but now you can summon Siri using the “Hey Siri” command, so no need to lay a finger on a piece of technology.