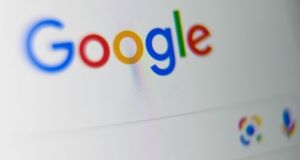 The company said the new privacy improvements would give users more control of their data.

Google has made changes to its data retention practices in a move aimed at guaranteeing that it only keeps information on new users for a set period.

The tech giant, which also owns YouTube, said the new privacy improvements would give users more control of their data.

The company last year introduced auto-delete controls in Google services that allow users to tell the tech giant to automatically delete information such as search queries and location history after either three or 18 months. It said on Thursday that rather than keeping this as an option, it is now making it a default setting for new users.

Information on individuals who switch on location history and web and app controls for the first time from Thursday onwards will now be automatically set to delete after 18 months for most activities.

For those who already have such settings turned on, there will be no change, but Google said it would actively remind users of the ability to make changes.

The company also announced changes for YouTube users, where auto-delete will be set to 36 months for users that are creating a new account or turning on the history control setting for the first time. Current users can already choose the three-month or 18 month auto-delete option.

Default retention periods do not apply to Google products such as Gmail, Drive and Photos, with the company indicating it has no intention of changing this because such services are designed to store personal content for as long as users need access to it.

Google also announced a number of updates to some of its privacy tools, including easier access to incognito mode, and tips on getting the most out of its privacy check-up service.

“As we make privacy and security advances in our own products, we continue to advocate for sensible data regulations around the world, including strong, comprehensive federal privacy legislation in the US,” said Sundar Pichai, chief executive of Google parent Alphabet.

“While policymakers continue their work, we will continue ours by challenging ourselves to make helpful products with less data, and help raise the bar on privacy for everyone,” he added.

1 Belgium helps Ireland to a Brexit boon
2 What is Covid Tracker Ireland?
3 Can Grafton Street stop the flood of closures?
4 Indoor vertical farming is the future says Irish agritech start-up
5 ‘My rent here is so low it’s a joke’
Real news has value SUBSCRIBE