A new Irish unicorn: Irish software firm Workhuman latest to be valued at over $1bn 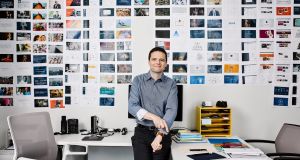 Irish software company Workhuman has achieved unicorn status on foot of a new investment that means it is now valued at $1.2 billion (€1.06 billion).

The company is believed to be only the second Irish company after Intercom to officially confirm it has reached unicorn status, a title given to privately-held tech companies worth $1 billion or more.

Workhuman, which is co-headquartered in Massachusetts and Dublin, has confirmed London-based alternative asset manager Intermediate Capital Group (ICG) as a strategic investor in the company after ICG acquired a 10 per cent stake for $120 million from existing shareholders.

The news comes as Workhuman said it has seen a sharp rise in business during the coronavirus pandemic, as companies seek to reward employees for going the extra mile during the crisis.

Formerly known as Globoforce, Workhuman operates employee reward and incentive schemes on behalf of some of the world’s biggest companies, including Cisco, GE, LinkedIn, Procter & Gamble, Symantec and KPMG. More than 5 million employees are on the Workhuman platform across 160 countries.

Founded by Eric Mosley and Eddie Reynolds in 1999, the company surpassed revenues of $700 million last year, up from revenues of $452 million a year earlier.

The company employs more than 600 people in total, with more than half of them in Dublin.

The strategic investment is good news for angel investors who backed the company in the early 2000s, with many making a tenfold return on their original investment. Approximately 95 per cent of these angel investors have exited as part of the deal, in a move that cleans up the cap table ahead of a likely initial public offering.

As Globoforce, the company came close to listing in 2014, but decided not to proceed due to market conditions. Mr Mosley said an IPO wouldn’t happen over the next year but would be given consideration after that time.

The pandemic has led to a surge in demand for Workhuman’s solutions, Mr Mosley said.

“With more employees being asked to work from home in difficult, if not nearly impossible, conditions, these massive Fortune 500 employers wanted to thank them for the flexibility they’d shown and to keep up morale,” he said.

“In April for example, at the peak of the panic over Covid-19, we saw growth of over 40 per cent versus the same month last year. In the first half of the year alone we’ve signed up $50 million in new business from customers who we were talking with but who wanted to accelerate the process,” he added.

Mr Mosley said he didn’t expect Workhuman to hit the $1 billion in revenue milestone this year but that it would see double-digit target growth for 2020, with the target likely to be reached in 2021.

“Next year looks like being incredible in terms of how much business we’re winning and a return to normal,” Mr Mosley said.

A small number of other Irish tech companies have been rumoured to have achieved unicorn status, although such speculation has never been confirmed. These include travel software company CarTrawler, which recently fell under the control of UK firm TowerBrook.

Irish fintech company Fenergo is close to becoming a unicorn after reaching an $800 million valuation earlier this year.