Helsinki-headquartered company plans major expansion after Series B round 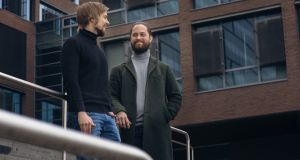 Online smartphone marketplace Swappie has raised $40.6 million (€35.8 million) in a funding round that will support its international expansion into new markets, including Ireland.

The Helsinki-headquartered company buys unwanted iPhones from customers, refurbishes them and resells them with a 12-month warranty. Founded in 2016 by Sami Marttinen and Jiri Heinonen, Swappie refurbishes devices in their own factory.

The news of the fundraising round came as Swappie officially launched in Ireland, Germany, Portugal and the Netherlands.

The Series B funding round, which included TESI, existing investors Lifeline Ventures, Reaktor Ventures, and Inventure. It brings to $48 million the total funding raised by the company.

The funding will be used to accelerate Swappie’s growth plans in Europe. The company, which operates in Finland, Sweden, Denmark and Italy and has 260 employees, also plans to add 400 staff from across Europe to its team in the next year.

Although devices can be bought from Swappie throughout Europe, launching in a country means Swappie will localise payments and customer service for the market.

Swappie’s Irish customers will be served by English-speaking staff in the company’s Helsinki base, but the company is also seeking a location for another European office.

The company also intends to offer Irish customers the ability to sell their devices to Swappie from mid-August. The company can refurbish most devices, as long as they are not water damaged or have irreparably broken motherboards.

The move comes amid heightened awareness of the impact of electronic waste on the environment. Refurbishing phones gives consumers a way to upgrade their phone more cheaply, and also in a more environmentally responsible way, with less electronic waste being generated.

“The concern with most consumers in this market is whether it’s functional in perfect condition, like a new phone, or if there is something wrong with the battery or something else. That’s the largest problem we are fixing, actually bringing trust to this market,” Mr Marttinen said.

“That’s why we decided to build a factory, to build standardised world-class processes and technology around this and actually make buying refurbished devices as safe as buying new ones.”

The chief executive said the company was trying to make the circular economy for smartphones mainstream across Europe.

He said he expected the demand for refurbished devices to grow in Ireland, as more consumers became aware of the environmental impact of their purchasing decisions.