Company established global headquarters in Ireland after merging with Smartforce 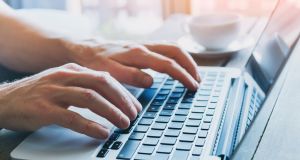 Skillsoft was acquired in 2010 by SSI Investments, a firm funded by Berkshire Partners, Advent International and Bain Capital. The group was sold on to Charterhouse in 2014.

Skillsoft, the Dublin-headquartered e-learning company acquired by Charterhouse Capital Partners in a $2 billion (€1.76 billion) deal six years ago, has filed for Chapter 11 bankruptcy in the United States.

The company said it had agreed to a restructuring agreement with a majority of its lenders that would help it cut its debt from about $2 billion to $410 million.

A statement from the company said it was continuing to operate as normal during the restructuring process with no disruption expected for partners, customers or employees.

Skillsoft provides e-learning solutions to thousands of customers around the world, including an estimated 65 per cent of companies in the Fortune 500.

“While our core business remains strong, with attractive profitability and cash flow characteristics, our debt levels are too high. We need to invest further and that requires our debt levels to come down to free up cash to further enhance our offerings,” said chief administrative officer John Frederick.

Skillsoft, which employs about 40 people locally, was founded in 1998. While it mainly operates from the US, it situated its global headquarters in Dublin following a merger with Irish e-learning company Smartforce in 2002.

That company was co-founded by Dermot Desmond and Pat McDonagh as CBT Systems, and later run by well-known entrepreneur Bill McCabe, who took the company global and listed it on the Nasdaq exchange. At one stage, the renamed Smartforce was the largest interactive educational software company in the world with over 500 employees.

Skillsoft was acquired in 2010 by SSI Investments, a firm funded by Berkshire Partners, Advent International and Bain Capital. The group was sold on to Charterhouse in 2014.

The Irish operation, whose directors include former DCU president Ferdinand Von Prondzynski, recorded a $290 million loss for the 12 months ending January 2019 on revenues of $136 million.

1 Banks face ‘hectic’ loan restructuring as payment breaks end, Goodbody warns
2 Will brother’s widow get half of our parents’ estate when they die?
3 Should I switch bank now with Ulster Bank at risk of closing?
4 House insurance: save yourself money by reviewing your policy
5 ‘I have three children and a dog, so I feel like a bit of a human ATM’
Real news has value SUBSCRIBE