Competition watchdog will inquire into ‘suspected breaches of law’ 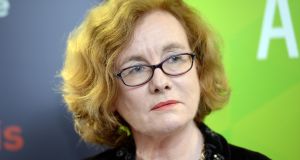 Isolde Goggin: the commission chair said it would focus on potentially anti-competitive conduct by those involved in providing tickets and ticketing services, promoters and venues. Photograph: Eric Luke

The main seller of tickets for gigs and other live events in the Republic is one of a number of operators facing an investigation by a State watchdog for suspected breaches of competition law.

The news follows a controversy this month over tickets for U2’s Joshua Tree concerts in Croke Park, thousands of which were offered at inflated prices shortly after selling out.

The Competition and Consumer Protection Commission (CCPC) confirmed that it has begun investigating “suspected breaches of competition law in the provision of tickets and the operation of ticketing services for live events”.

It is understood the investigation involves the main provider of tickets for live events in the Republic as well as the big promoters.

The Commission, chaired by Isolde Goggin, said it would focus on potentially anti-competitive conduct by those involved in providing tickets and ticketing services, promoters and venues.

“As part of the investigation, the CCPC has issued witness summonses and formal requirements for information to a number of parties involved in the sector,” the commission said in a statement.

It also wants parties from the industry who believe they have relevant information to contact it.

While the CCPC did not say which laws it suspected had been broken, the Competition Act bans price fixing, agreements where businesses share markets and abuse of a dominant position, amongst other practices.

Ticket prices and sales for high-profile events regularly spark public anger. The most recent outcry over the U2 concerts began when it emerged that Seatwave, a resale website run by Ticketmaster, the agent for the Croke Park gigs, was offering tickets for hundreds of euros each shortly after they were sold out.

Seatwave allows consumers to sell tickets to each other on the “secondary market” in return for a booking fee.

While they are part of the same group, Ticketmaster always maintains that it never places tickets on secondary market sites.

Individuals convicted of competition law offences can be imprisoned for up to five years or face fines that could theoretically run into millions of euro. Companies can be fined up to 10 per cent of their turnover or €4 million, whichever is the larger.