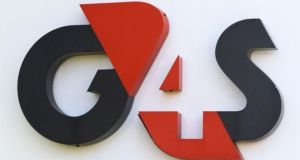 An Irish subsidiary of security services giant G4S, which employs 1,650 people locally, recorded restructuring costs of €2.5 million in 2015, a year in which profits rose.

G4S Secure Solutions (Ire) Limited, whose parent is one of the world’s largest security and outsourcing solutions providers, recorded pretax profits of €1.75 million during the year, as against €220,133 in 2014.

Profit before restructuring costs totalled €3.57 million with the unit gaining an additional €1 million in dividend income from subsidiary undertakings.

Turnover fell from €72.4 million to €70.2 million. A breakdown of revenues shows €52 million derived from manned services and a further €17.8 million from technical services.

Management of the subsidiary and its sister company, G4S Cash Solutions Ireland Ltd, switched to Britain in 2014 as its parent sought to restructure the local business after it fell into difficulties.

G4S secure Solutions had administration expenses of €9.68 million in 2015, as against €8.37 million a year earlier.